This selection of the latest publications by our researchers and fellows brings you a range of titles hinting at the breadth and depth of interdisciplinary research at CRASSH. 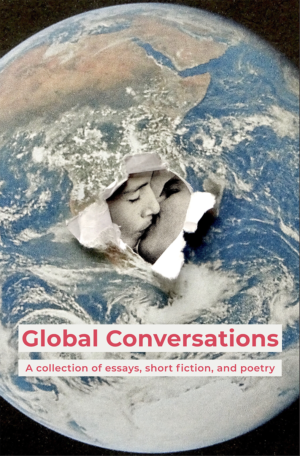 This collection draws together the winners of the Global Conversations writing competition mounted by CRASSH in 2021. By turns angry, pained, wry, elegiac and meditative, it is itself an opulent colloquy between writers of poetry, fiction and criticism from all over the world. 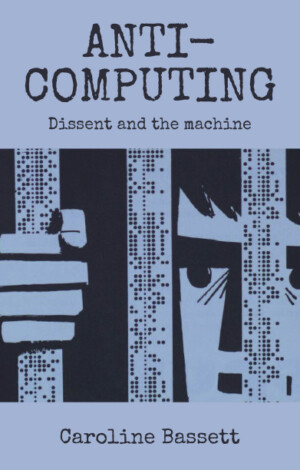 Anti-computing: Dissent and the Machine

Why does hostility to the computational recur? Anti-computing develops a taxonomy of hostility and dissent and traces across time, exploring political philosophy, life stories, campaigns, literatures and controversies spanning the 20th and 21st centuries.

Artificial Intelligence and Its Discontents

Drawing on a range of critical approaches across the social sciences and humanities, the authors analyse timely topics, including bias and language processing, responsibility and machine learning, COVID-19 and AI in health technologies, bio-AI and nanotechnology, digit ethics, AI and the gig economy, and representations of AI in literature and culture. 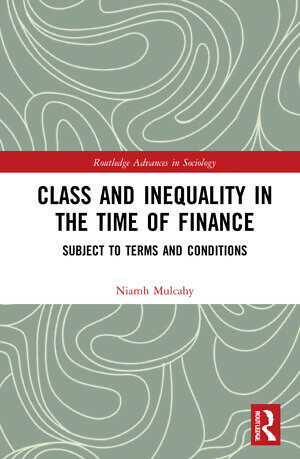 Class and Inequality in the Times of Finance. Subject to Terms and Conditions

This book explores the effects of the gradual liberalisation of capital markets and the expansion of consumer credit on poorer households in the United Kingdom, with particular attention to the precariousness caused by a lack of savings and a reliance on debt. Asking what it means for poorer working individuals and households to be subject to the demands of finance, the author draws on Michel Foucault’s theory of subjectivation as well as Louis Althusser’s interest in class, actively theorising the constraints of low income or precarious work on financial planning, alongside the reorganisation or rollback of government benefits. 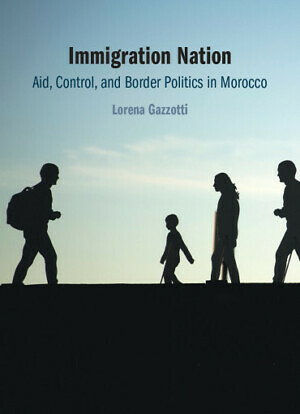 Over the past forty years, countries in the Global North have increasingly restricted their migration policies to reduce the arrival of migrants. As part of this, development aid has become a central tool in the migration control strategy pursued by European countries and the US, with donors, International Organisations and NGOs becoming prominent actors. In this book, Lorena Gazzotti shows that migration control is not only exercised through fences and deportation. Building on extensive research in Morocco, Gazzotti shows that aid marks the rise of a substantially different mode of migration containment, one where power works beyond fast violence, and its disciplinary potential is augmented precisely by its elusiveness. 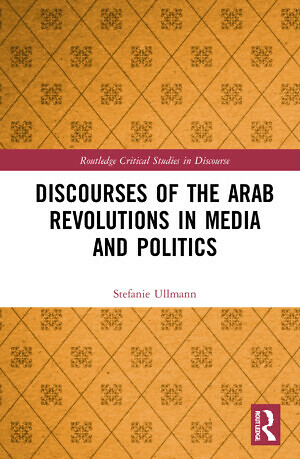 Discourses of the Arab Revolutions in Media and Politics

Drawing on approaches from critical discourse analysis, corpus linguistics, and cognitive linguistics, this book critically examines metaphorical language used in global media coverage and political statements on the events of the Arab Spring. 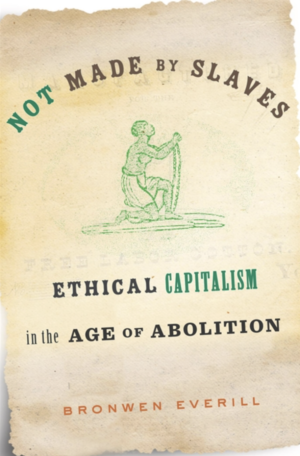 Not Made By Slaves: Ethical Capitalism in the Age of Abolition

Not Made by Slaves illuminates the early years of global consumer society, while placing the politics of antislavery firmly in the history of capitalism. It examines how abolitionists from Europe to the United States to West Africa used new ideas of supply and demand, consumer credit, and branding to shape an argument for ethical capitalism. 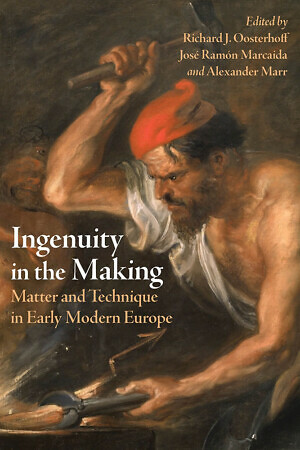 Ingenuity in the Making: Matter and Technique in Early Modern Europe

Ingenuity in the Making explores the myriad ways in which ingenuity shaped the experience and conceptualisation of materials and their manipulation in early modern Europe. Contributions range widely across the arts and sciences, examining objects and texts, professions and performances, concepts and practices. The book considers subjects such as spirited matter, the conceits of nature, and crafty devices, investigating the ways in which ingenuity acted in and upon the material world through skill and technique. Contributors ask how ingenuity informed the ‘maker’s knowledge’ tradition, where the perilous borderline between the genius of invention and disingenuous fraud was drawn, charting the ambitions of material ingenuity in a rapidly globalising world. 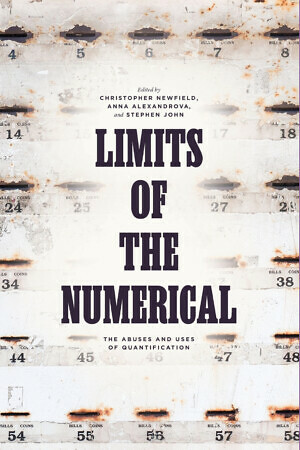 Limits of the Numerical: The Abuses and Uses of Quantification

Numbers are both controlling and fragile. They drive public policy, figuring into everything from college rankings to vaccine efficacy rates. At the same time, they are frequent objects of obfuscation, manipulation, or outright denial. This timely collection by a diverse group of humanists and social scientists challenges undue reverence or skepticism toward quantification and offers new ideas about how to harmonise quantitative with qualitative forms of knowledge. 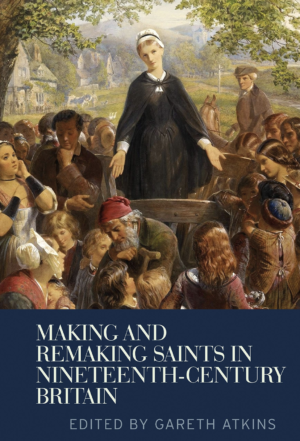 This book examines the place of ‘saints’ and sanctity in a self-consciously modern age, and argues that Protestants were as fascinated by such figures as Catholics were. Long after the mechanisms of canonisation had disappeared, people continued not only to engage with the saints of the past but continued to make their own saints in all but name. Just as strikingly, it claims that devotional practices and language were not the property of orthodox Christians alone. Making and remaking saints explores for the first time how sainthood remained significant in this period both as an enduring institution and as a metaphor that could be transposed into unexpected contexts. 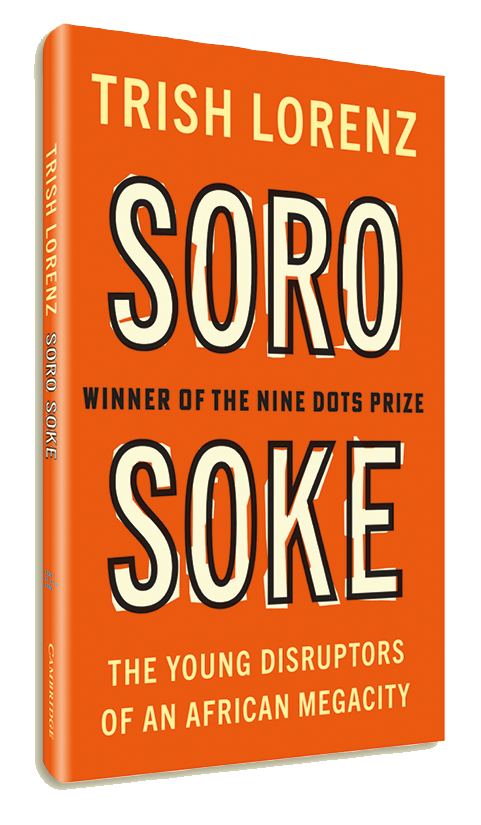 Soro Soke: The Young Disruptors of an African Megacity

For the first time in human history, people aged over 65 now outnumber children under five. Yet one region in the world is bucking this trend: the world’s top 20 youngest countries by population are all located in sub-Saharan Africa, and Africa’s population under 35 now equals almost a billion people. Whilst there has been much research and reportage in the West around the lives of millennials and Gen Z, little has been written on the dreams and aspirations, the fears and hopes, the needs and desires of young Africans. The Yoruba expression Soro Soke, meaning “Speak Up”, has become a clarion call for young Nigerians seeking to make their voices heard, resonating across the African continent and around the world via social media. Trish Lorenz speaks to the bright new entrepreneurs, artists, and activists of Lagos and Abuja, Nigeria, to understand what it means to be young in an otherwise ageing world.

A range of titles hinting at the breadth and depth of interdisciplinary research at CRASSH.