Niamh Mulcahy is Alice Tong Sze Research Fellow at Lucy Cavendish College, appointed jointly to CRASSH, from 2019 – 2022. Her book Class and Inequality in the Time of Finance was published by Routledge in September 2021 and is available via Tayler & Francis eBooks. 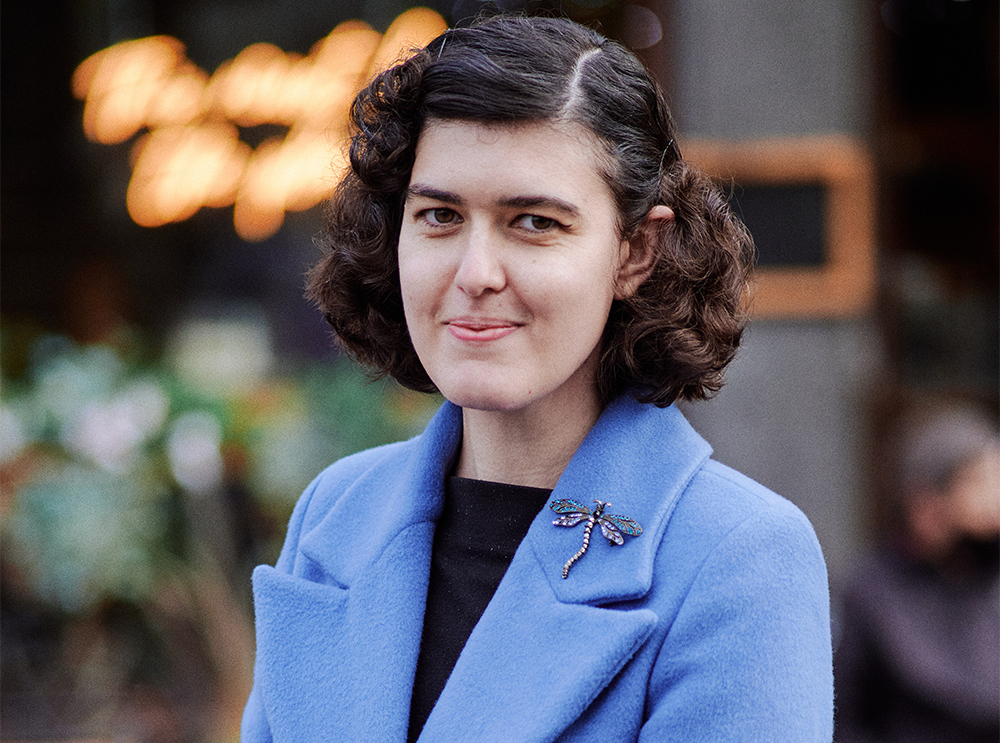 Q. What is your book Class and Inequality in the Time of Finance about?

As it promises in the title, Class and Inequality in the Time of Finance deals with stratification and disparity in an age dominated by the spread of financial risk across economic, political, cultural, and even personal facets of society. Household finances and money management are increasingly informed by the need to weigh risks against possible rewards, as income and savings are entwined with consumer finance products such as loans, credit and mortgages, as well as investment vehicles and assets designed to increase personal wealth and savings. But the ability to adopt such an entrepreneurial outlook in personal finance requires a certain amount of stability and security in income, employment prospects, assets and savings. My book is an examination, through the lens of critical political economy, of the ways in which financially insecure households struggle to meet the entrepreneurial expectations that are institutionally engrained in everything from government policy and welfare reforms to savings and retirement advice. Although these shifts aim at cultivating a sense of personal responsibility for decisions and actions as well as a desire for advancement and innovation, I highlight their punitive effects on poor and precarious households, in order to understand how these households become trapped by debt and uncertainty.

I completed all of my degrees in various stages of the aftermath of the 2008 global financial crisis. It was inevitable that themes of uncertainty and austerity would colour any subsequent study of poverty and inequality. The British economy did experience a recovery in the years following the crisis, but quality of life among households remained low, evidenced by a growing threat of homelessness and a reliance on foodbanks to meet basic needs even among those with full-time employment or multiple jobs. When I began the research for my doctoral thesis, on which this book is based, I wanted to understand the normalisation of risk-taking behaviour through government policy, the restructuring of benefits and welfare services, employment contracts, lending agreements, and the rise of investment as an alternative to traditional methods of saving. I was interested in the ways in which personal financial behaviour, on which so many policy prescriptions turn, is hugely informed by the reshaping of the economy as a whole in the image of a fluctuating and uncertain financial sector. There is an emphasis on sensible and restrained financial planning as a means of minimising household debt and increasing savings, but this tends to overlook the inscription of risk and the potential fallout into even the best-laid plans.

The average household is not a mediator in financial markets, in spite of the financial risks they’re expected to manage – unlike a bank, offloading a risk they no longer want on balance sheet to an institutional investor interested in acquiring a high risk/high reward security, households cannot onsell claims to sources of wealth like income when it becomes risky and uncertain, as in the case of possible job loss or a reduction in hours. They are, furthermore, expected to manage periods without income by taking on further risks in the acquisition of debt, or depleting savings, in the hope that something else will come along before they have lost everything. For those on low incomes and with limited or no savings, the exposure to risk is magnified, since there is no wealth in reserve. With a reduction in welfare provisions as part of budget-balancing measures, however, the choice to opt out of financially risky situations is almost non-existent. I became very interested, as a result, in the way that precariousness underpins and informs current manifestations of inequality, which is no longer about the unequal distribution of resources in absolute terms, but now includes exposure to risk and likelihood of losing livelihoods. 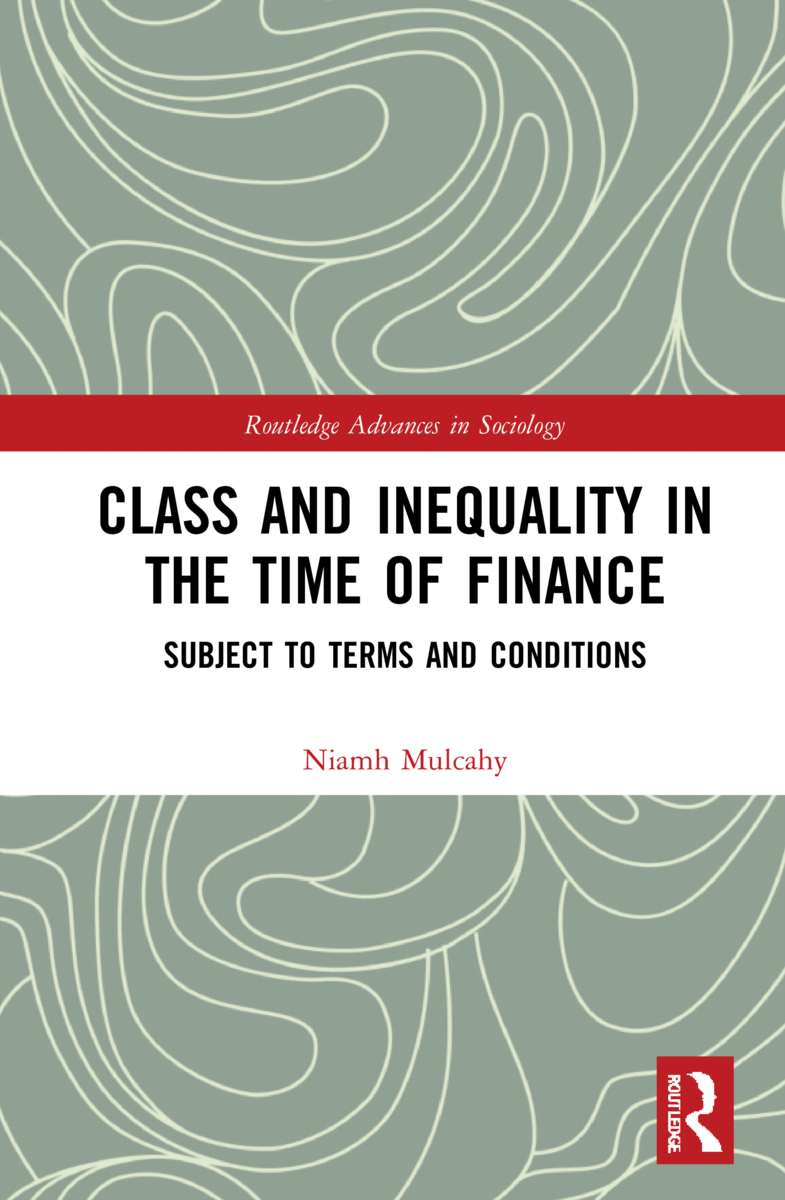 This book responds, first and foremost, to a number of discussions taking place in critical theoretical traditions and the social study of finance, that emphasise individualism and the ‘neoliberal subject’ as one who is called to be self-sufficient and personally responsible in all financial matters. In the view of these analyses, informed by Michel Foucault’s work on the self-governed subject, the spread of financial risk to household concerns drives a persistent individualisation among people, who are compelled into self-interested and increasingly competitive lifestyles. By bringing class back into focus, my book highlights disparity among the different life chances of households, insisting that financial inequality is ultimately framed by an uneven access to resources needed to make ends meet, rather than just self-serving competition. I draw on the work of Louis Althusser, a contemporary of Foucault and philosopher of class and subjectivity, to think about the way in which the means people have at their disposal to sustain themselves economically informs their ability, or inability, to successfully take financial risks. This is a necessary step if the study of inequality and new forms of disparity created by finance is to be brought back into view, rather than treated as an epiphenomenon or by-product of self-interest.

Q. In your view, wherein lies the book’s main contribution to our understanding of financial inequality?

I think the book makes an important contribution in the social study of finance, by which I mean, the study of the effects of finance and financial risk on our social lives. Studies that seek to understand the emergence and spread of financial risk outside of financial markets often focus on the technicalities of finance, such as econometric risk modelling and the technology needed to compute largescale datasets that allow for the prediction of risk in the first place. Although these analyses are insightful for grasping the development of financial tools themselves, they often overlook the effects that their widespread use have on poor and precarious households. My analysis, in contrast, brings financial insecurity back to the fore, emphasising the way that technology and policy development combine to exacerbate economic inequality.

Disparity is, at present, not solely a question of ‘haves’ and ‘have nots’, but also of unpredictable events and the effects they can have on household stability. Contemporary poverty is characterised by a surprising number of households in either fulltime employment or working multiple jobs; successful management of finances is not just about making the right decisions with regard to education, work, and savings, but also involves sets of unpredictable variables that are not entirely within our control, even if there is greater emphasis on making sound financial choices to navigate waves of financial uncertainty.

Class and Inequality in the Time of Finance asks how economically precarious households become subject to the demands of finance, through an investigation into the spread of risk from financial institutions into consumer spending and saving.