Dr Christos Lynteris is a medical anthropologist. His research focuses on the anthropological and historical examination of infectious disease epidemics, animal to human infection (zoonosis), medical visual culture, colonial medicine, and epidemics as events posing an existential risk to humanity. In 2017, Christos became a Senior Lecturer in Social Anthropology at the University of St Andrews. This profile is now archived.

Dr Christos Lynteris received his undergraduate and postgraduate training in social anthropology at the University of St Andrews. He was awarded a PhD in Social Anthropology in 2010 for work on three epidemic crises in modern China and their impact on society and governance. After completing a monograph on Maoist medicine and Confucian ethics at the Centro Incontri Umani in Switzerland, he was awarded an Andrew Mellon & Isaac Newton Interdisciplinary Research Fellowship at CRASSH. His research on marmot hunting on the Russian-Chinese border and the social ecology of plague in the region has led to several peer reviewed articles and a new monograph titled "Ethnographic Plague: Configuring Disease on the Chinese-Russian Frontier" (Palgrave Macmillan, 2016).

As the Principal Investigator of the ERC-funded 5-year project Visual Representations of the Third Plague Pandemic, Dr Lynteris is researching plague photography on a regional and global scale.

His work investigates visual representations of outbreaks in China between 1855 and 1959, with a particular focus on the Hong Kong bubonic plague outbreak of 1894 and the Manchurian pneumonic plague outbreak in 1910-11. In comparing the two, his research focuses on the entanglement of visualisation strategies and biopolitical and geopolitical aspects of the epidemics. Of particular interest is the depiction of Chinese migrant workers (so-called "coolies") as carriers of disease, and the representation of "coolie" urban environment and housing as an imagined source of infection.

On a global scale Dr Lynteris' research engages in a comparative analysis, focusing on regimes of visibility and invisibility of plague. The work focuses on the inter-constitution of epistemological and ethical questions and strategies pertaining to how the causes and effects of plague are made visual. Key to the study, is the exploration of the implications of this complex nexus of symbolic and performative practices on ways in which we today visualise epidemics such as Ebola and bird flu.

From October 2011 to September 2013, Dr Lynteris was a Mellon Newton Interdisciplinary Research Fellow.

The last few years have witnessed the return of a threat to global human health that had not made its appearance for almost a century: pneumonic plague. Although commonly regarded today as a figure of our agricultural past, in fact plague (Yersinia pestis) remains a potentially lethal threat to modern human societies. Examples can be drawn from Madagascar, Uganda and more recently China, where a pneumonic plague outbreak struck Qinghai Province in the summer of 2009, providing ample evidence of both the threat posed by plague and our lingering inability to fully understand this ancient disease, especially in its most lethal, pneumonic variety.

The research project focuses on the neglected transregional socio-ecological aspects of pneumonic plague in Inner Asia. From Tibet through Qinghai, Mongolia and Manchuria, to the South Siberian steppes of Transbaikalia, societies as diverse as Buryat herders, Mongol hunters and Tibetan nomads share their environment with the natural reservoir of Yersinia pestis: marmots. These large rodents, which populate the area in vast numbers, have been established as the original source of the great Manchurian plague outbreaks of 1910-1911 and 1920-21 and are widely suspected as the main, if not sole, original source of the disease on the planet. Yet, more than simply living alongside marmots, native societies across Inner Asia have for centuries depended on them for fur, meat and fat, engaging in seasonal hunting and trapping activities from March to November (with local variations according to altitude and latitude), when the particular mammals do not hibernate. It is these activities, bringing humans and marmots in intensive direct contact, that have been considered by epidemiologists as the most crucial factor in the spread and containment of plague in the area. All four major plague outbreaks in the last 100 years (1910-11, 1920-21, 1926, 2009) have been attributed to marmot-hunting malpractices. However, whilst early 20th century outbreaks were blamed on migrant workers failing to employ skilled and hygienic native hunting methods, the recent outbreak in Qinghai has paradoxically been attributed to the natives themselves.

This discrepancy poses significant questions regarding our understanding of human-marmot-plague relations in the area. Do native societies today continue to share the knowledge of their Buryat and Mongol counterparts at the turn of the century, acclaimed by epidemiologists as highly preventive of the spread of plague to human communities? And why despite the prevalence of marmots in the area and their intensive hunting, there have been no major outbreaks in Mongolia proper? Do Chinese reports made during the recent pneumonic plague epidemic in Qinghai, blaming Tibetans for indiscriminately skinning and eating marmots, reflect actual processes of deskilling amongst native hunters? Could these accusations be merely a result of ethnic-religious bias harboured by Beijing’s medical elites against Tibetans? Or was the supposed native knowledge of the disease an artefact of epidemiological imagination in the first place?

Approaching these questions from a transregional and interdisciplinary perspective my research seeks to establish how native hunters today relate to marmots in the traditional foci of plague in Inner Asia. In particular, my research examines whether their hunting methods incorporate plague-preventive practices, taboos and restrictions, and whether their myths, rituals, stories, proverbs and riddles contain warnings against marmot-related plague.

The transregional flow and transmission of ritual and religious knowledge and practices across Inner Asia constitutes a particular focus of my study. Could the spread of Buddhism from Tibet to Transbaikalia via Mongolia account for similarities in human-marmot relations and plague related taboos in the area? Or could it actually be that, through pilgrimages, Tibetan Buddhism contributed to the spread of the disease, as claimed in the case of the 1916 plague outbreak in the Gansu Corridor of Northwest China? Through archival research and ethnographic fieldwork, my research examines the role of transregional flows of pre-Buddhist or shamanic beliefs and practices in the perception of human-marmot-plague relations, and how these may contend with Buddhist organised religion.

Far from simply covering an ethnographic or historiographic gap, answering these questions has a concrete impact on our understanding of the social ecology of pneumonic plague in Inner Asia. Though not conducted from an epidemiological perspective per se, this research aims to contribute to a more spherical public health approach to the particular disease in the area, by developing a syndemic analysis of shifting native subsistence practices, socio-ecological variations and transregional religious, economic, technological and political flows in the area.

[accepted] 'Pestis minor: the history of a contested plague pathology.' Bulletin of the History of Medicine

2013. The State as a Social Relation: An Anthropological Critique. Anthopology & Materialism, 1 (Autumn 2014). [Read]

2011. 'In Memory of Norman Bethune'; Two Exegetic Resurrections of the 'Spirit of Selflessness' in Maoist China. Journal of the British Association for Chinese Studies 1: 1 (December 2011) 21-49.

2019. ‘Photography and Epistemic Suspension After the End of Epidemics.’ In Frédéric Keck, Ann Kelly and Christos Lynteris (eds). Anthropology and Epidemics. London: Routledge.

2014. Speaking Marmots, Deaf Hunters: Animal-human semiotic breakdown as the cause of the Manchurian pneumonic plague of 1910-11. In Morten Tønnessen & Kadri Tüür (eds) The Semiotics of Animal Representations. Amsterdam: Rodopi.

2013. State of Exception, Culture of Medical Police: SARS and the Law of No Rights in the People's Republic of China. In Alex Mold and David Reubi (eds.), Health Rights in Global Context: Genealogies and Anthropologies. London. Routledge.

Sulphuric Utopias: The Clayton Machine and the Abolition of Quarantine, Department of Design, University of Brasilia, Brasilia, Brazil, 3 September 2018

Emergence of Epidemic Photography, Photography and History: Past & Present Workshop, University of Birmingham, 31 May 2018.

Plague and the Emergence of Epidemic Photography (1894-1924), Historical and Social Studies of Diseases Workshop, Institute of History and Philology, Academia Sinica (Taiwan), 6 March 2018.

The End of the World as We Don't Know it: Theoretical Prospects and Limitations of the Pandemic 'Apocalypse,' Department of Social Anthropology Seminar, University of St Andrews, 24 November 2017.

History and Anthropology of Plague in China and Hong Kong, A Symposium: Plague, Traditional and 'Imperial' Medicine - Exploring 130 Years of History and More, 25 October 2017.

Clayton Machine: Experimentation, Fumigation, and Empire, American Association for the History of Medicine (AAHM) 2017, 6 May 2017.

Reservoir Wildlife and Zoonoses Control: Anthropological Perspectives, Disease Across Species: The Science, Ethics, and Anthropology of One Health Conference, Singapore University of Technology and Design, 28 April 2017

A Panoply of Reason: Anti-Epidemic Masks as Visual and Material Technologies, Centre for Humanities and Medicine, Hong Kong University, 25 April 2017

A Plague of Rats: The Material and Visual Emergence of Interspecies Urban Epidemic Control, Urban Life: Programme for the Future of Cities, Future of Cities Seminar, University of Oxford, 8 February 2017

Zoonosis as a Diagram: An Anthropological Approach, Diagrammatic: Beyond Inscription? Conference, CRASSH, University of Cambridge, 3 December 2016

Untimely End and Epidemic Anxiety, After the End of Disease Conference, Royal College of Medicine/ Birkbeck College, 26 May 2016

Plague as War: The Photography of Corpses in Manchuria, Corpses, Burials and Infections conference, CRASSH, University of Cambridge, 5 December 2015

Visualising Zoonosis: An examination of the photographic record of animal plague hosts in China during the Third Pandemic at the Centre for the Humanities and Medicine, Hong Kong University, conference Animal Histories in Humn Health: Comparative Perspectives from East Asia, 1850-1950, 26 - 27 March 2015

Disease Flows Across the Chinese-Russia Border at MIASU, University of Cambridge, conference Emergent Trends on the China-Russia Border, March 2015

The Epidemiologist as Cultural Hero: Visualising Humanity in the Age of 'the Next Pandemic' at HPS Department, University of Cambridge, Twentieth Century Think Tank seminar, 19 February 2015

Virulence: Visualising the African body as a vector of epidemics at CRASSH, University of Cambridge colloquium, 29 January 2015

A 'Suitable Soil': Visualising Plague’s Environment During the Third Pandemic at CRASSH, University of Cambridge conference "Plague and the City: Disease, epidemic control and the built environment", 6 December 2014

The perception of the plague epidemic in northern China at The Norwegian Academy of Sciences and Letters conference 'The Past Plague Pandemics (Justinian, Black Death, Third) in Light of Modern Molecular Life Science Insights', 20 November 2014

Beyond the laboratory: Ethnographic epidemiologies of plague on the Russian-Chinese frontier at University of Aberdeen, Social Anthropology Department, 16 October 2014

Visualization of the Third Plague Epidemic in China, Johns Hopkins University, Department of the History of Medicine, 2 October 2014

The Archive as an Objectively Offered Object at ASA14 Decennial: Anthropology and Enlightenment, University of Edinburgh, 20 June 2014

Reconsidering the Social Ecology of Plague on the Russian-Chinese Border at University of Oslo, Centre for Ecological and Evolutionary Synthesis, 4 April 2014

Epidemio-logical Shortcuts and Short-circuits: Plague According to the North Manchurian Plague Prevention ServiceViral Imaginaries Conference, University of Hong Kong, Centre for the Humanities and Medicine, 6 December 2013 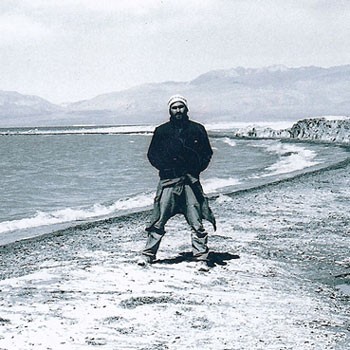