Former CRASSH Research Associate Lukas Engelmann has just published an innovative monograph entitled Mapping AIDS: Visual Histories of an Enduring Epidemic (Cambridge University Press). The book examines visual traditions in modern medical history through debates about the causes, impact and spread of this devastating epidemic. We asked the author, now Chancellor’s Fellow in the History and Sociology of Biomedicine at the University of Edinburgh, a few questions about this important  book. 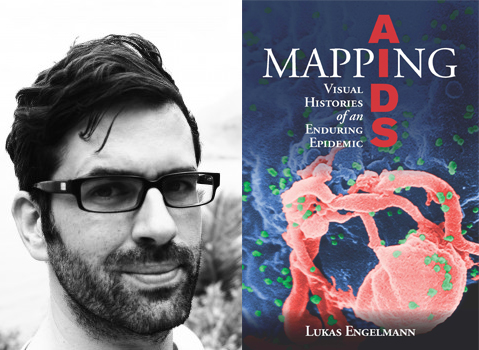 Q. Lukas, how did Mapping AIDS come about?

The book is based on my PhD. Already in my undergraduate studies, I was fascinated by AIDS writings from the 1980s and 1990s and was surprised to find hardly any being taught and referenced. Many disciplines in the humanities and social sciences had developed a rich scholarship dedicated to the epidemic during its crisis years but it was obvious that much of that work was discontinued in the late 1990s. I was quite often told that ‘everything had been written about AIDS.’ But looking at my own field, the history of medicine, at least one fundamental question had not been answered: Medicine was thrown into a substantial crisis with the emergence of AIDS in the 1980s as doctors were incapable of delivering treatment and many struggled to relate to the epidemic’s sexual politics. But about twenty years later, the authority of biomedicine appears to have remarkably recovered. There has not been enough scholarship looking at this important restoration of medical authority. I wanted to contribute to this question and write about the ways in which medical knowledge about AIDS had been established to find out what we can learn about the normalisation of the epidemic over the last thirty years.

The book follows a series of medical atlases, which had been produced to visualise medically significant information about AIDS. I was stunned to see that clinicians had reinvented an epistemic ‘heavyweight’ to re-establish the authority of medical discourse. The genre of the atlas is often associated with the nineteenth century and, as Daston and Galison have suggested, was in essence a visual instrument, a ‘dictionary of the eye.’ The first atlas dedicated to AIDS was issued in 1986, the same year Paula Treichler published her famous essay on the ‘epidemic of signification’ and I was intrigued by the tensions between these entirely different accounts of the epidemic. The first – and every following atlas – offered three different ways of visualising AIDS: First, clinical photography and the visualisation of the body with AIDS. Second, the epidemiological map to visualise the space of AIDS and finally, diagrams, models and icons of HIV, making the unseen pathogen visible. The book’s three main chapters follow these three ways of seeing and knowing AIDS and HIV.

Q. In your view, wherein lies the book’s main contribution to the field?

My aim was to show how these atlases of AIDS make use of a long history of medical visualisation. Century-old traditions were invoked by the atlas makers to integrate the newly emerging epidemic into the medical canon. I think we can learn a lot from the history of clinical photography, medical geography and the visualisation of pathogens to understand how medicine regained its lost authority over AIDS. And each of these well-established traditions of medical visualisation also carried specific meaning and investments into the medical understanding of AIDS. I have then brought these fragments of the history of medicine into conversation with the visual politics of AIDS and HIV. In each of the three chapters, I embed the medical way of seeing from the atlas within the larger visual framework of AIDS. Clinical photography and artistic or journalistic photography of people with AIDS has more in common than many people would assume. The epidemiological map has been a substantial instrument for public health policy, crucial for establishing a sense of political urgency in the globalisation of the epidemic. Models of the virus on the other hand carry the representation of a techno-scientific success-story into the world and, curiously, lack any practical purpose within a teaching instrument for medical practitioners.

Q. What is the book’s contribution to the historiography of AIDS.

AIDS is far from over. This is a history that is moving on rapidly, characterised by an incredible pace and vast changes. With PreP, an entirely new paradigm of prevention has emerged, which yet again challenges settled assumptions of how this epidemic is supposed to be seen and how it might be brought to its end. The book discusses clinical photographs, epidemiological maps and virus models also as visualisations of AIDS history, as pictures that do not only enable a certain embodiment of disease and pathology, but also as pictures of the epidemic’s history. Photographs of bodies with AIDS bring us close to the crisis of its first decade, the experience of suffering and the overwhelming effects of the immunodeficiency onto social fabrics, sexual identities and political struggles. Epidemiological maps draw out images of the epidemic’s deep history, tracing the pathogen over continents and decades. Virus models suggest an almost timeless persistence of HIV, shifting the appearance of the epidemic to one of a chronic, manageable and enduring condition. 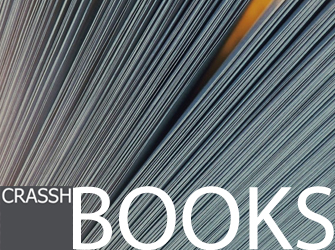 AIDS is far from over. This is a history that is moving on rapidly, characterised by an incredible pace and vast changes.