At CSER, Adrian is looking at the relationship between the culture of science, and our capacity to understand, predict and mitigate low probability, high impact events.

His work is supported by the Templeton World Charity Foundation as part of the Managing Extreme Technological Risk project at CSER.

Adrian is a philosopher of science and postdoctoral researcher at CSER. He’s primarily interested in how scientists successfully generate knowledge in tricky circumstances: where evidence is thin on the ground, targets are highly complex and obstinate, and our knowledge is limited. This has led him to examine the historical sciences – geology, palaeontology and archaeology – and to argue that the messy, opportunistic (‘methodologically omnivorous’) and disunified nature of these sciences often underwrites their success. His interest in knowledge-production has also led him to think about the natures of, and relationships between, scientific tools such as experiments, models and observations, and their use in sciences whose targets are less amenable to lab work – ecology and climate science, for instance.

Adrian received his Phd from Australian National University, and prior to joining CSER has also studied and taught at Victoria University of Wellington, Sydney University, the University of Calgary, and IRH in Bucharest.

He is a founder of, and regular contributor to, Extinct, the philosophy of paleontology blog. Publications, etc can be found here. 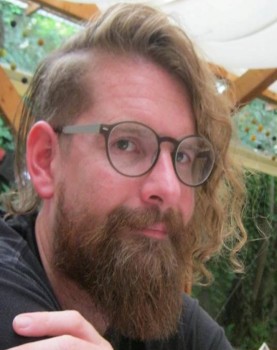 Centre for the Study of Existential Risk, Research Associate