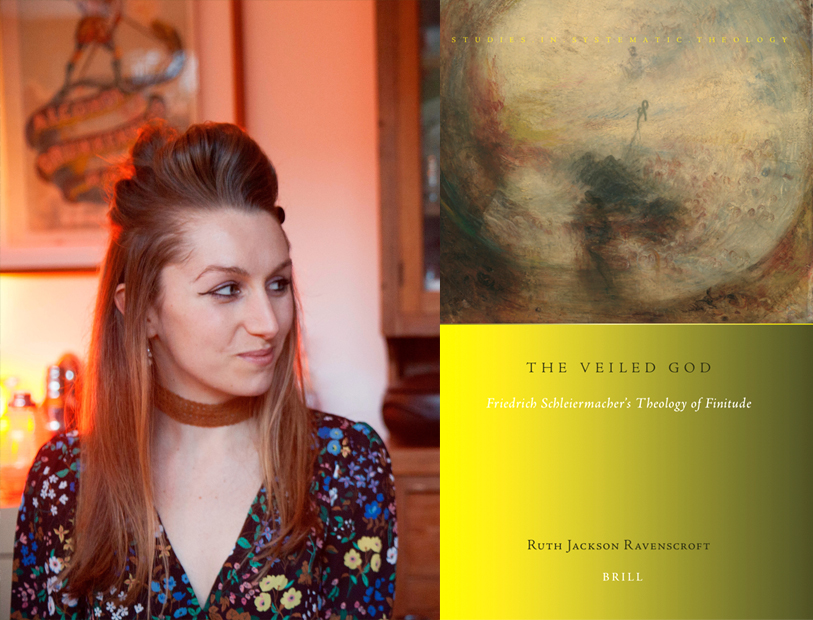 Q. Dr Jackson Ravenscroft, what were your roles at CRASSH and how long were you affiliated to the Centre?

I joined CRASSH as a Research Associate on 1 October 2015: in at the deep end, because that was the day after I submitted my PhD dissertation. I was one of the postdocs on the ERC-funded project Bible and Antiquity in 19th-Century Culture, which ran until the summer of 2017. Since then I’ve also returned to the centre as a co-convenor for a CRASSH Research Network – Theologies of Reading (2017–18). It’s difficult to stay away! It’s a remarkably stimulating and energising place to work, as well as a very supportive environment. Moving to a group research project that involved intensive interdisciplinary engagement (the learning and re-learning of new vocabularies, methodologies and modes of approach) after my PhD in the Faculty of Divinity was an opportunity I’m very grateful for.

Q. The Veiled God analyses major texts from Friedrich Schleiermacher’s early work. Why Schleiermacher? How did you first become interested in his life and theology?

I think I started to become engrossed in Schleiermacher’s writings when I saw he could act as a kind of window through which to study a whole host of trends and institutions in turn-of-the-century Prussia. In his late twenties, while in Berlin and chaplain of its Charité Hospital, Schleiermacher became a celebrated member of the city’s literary salon culture, and he was a central voice in what we now know as early German Romanticism. He was a contemporary of Hegel, Fichte, and Schelling, had his differences with each of them, and spent his undergraduate years absorbed in Kantian philosophy. An advocate for the critical power of reason and a defender of personal liberty, Schleiermacher was in his mature career a supporter and instigator of institutional reform. He helped to shape the University of Berlin at its foundation in 1810. He was also deeply politically engaged – an innovator in early German nationalism during the upheavals of the Napoleonic wars.

More philosophically speaking, when I was a graduate student I also became interested in the way Schleiermacher navigates what we might call the problem of relativism – that is, a key ideological problem in our modern secular context, which has to do with how we manage seemingly competing truth claims, different forms of life, or modes of discourse. In Schleiermacher’s work there’s a commitment to accounting for genuine difference between different religions and forms of life, without resorting to a kind of pluralism which relativizes each and every one of these forms, rendering them simply as subjectively experienced perspectives. Such a relativized picture of religious difference would trouble Schleiermacher, because it implies that religious believers are simply gripped by private feelings which make sense to the individual concerned, but can’t be communicated on any meaningful level in public or between societal groups. Instead, then, what we firstly see in Schleiermacher is (like any theologian worth their salt) the conviction that religious faith is not simply a self-referential product of the human mind but has an external, real, referent. But secondly, we also see a commitment to articulating how there’s a unity to human life which persists beyond all difference, and it’s this unity which enables us to begin making sense to one another. Whereas other modern philosophers might account for such unity by pointing to the shared worldly background in relation to which humans develop and interact with one another, Schleiermacher, in a religious vein, starts with the extremely basic point that we’re all of us finite – i.e. we are all subject to change and decay, all fundamentally the recipients of our existence in the world, rather than the authors of it. It’s at this point that one can begin to see the influence of Schleiermacher on the later European traditions of existentialism and phenomenology.

Q. What is the book’s main contribution to Schleiermacher studies?

A central aspect to my analysis of Schleiermacher’s early texts in the book is that I look closely at the different literary forms Schleiermacher experiments with while writing them. These forms of his include the soliloquy, the dialogue, the epistolary novella, and the ironical fragment. The circle of poets and theorists that Schleiermacher was part of – the early Romantics – were famous for their experiments with literary form, and a number of Schleiermacher’s contemporaries regarded thinking about language and methods of communication as an integral part of the task of philosophy. In the book, I argue that the distinct literary forms Schleiermacher employs in his writings are not incidental to his work, but actually help to dramatize the points he wishes to make about human identity and its social, temporal and particular nature.

The book takes us through a series of Schleiermacher’s early ethical and philosophical writings, explaining how these texts inform and are matched in his religious and theological thought. The chapters are therefore governed by their focus on a particular text, like his 1799 work On Religion: Speeches to Its Cultured Despisers, which I deal with at length in the penultimate chapter. But doing it this way also enabled me to treat a number of themes, while always circling around the major issue as to what, for Schleiermacher, it means to be religious in our modern world, and how we might articulate relations of religious difference. For instance, I write about Schleiermacher’s philosophy of language, his experience of religious doubt, his interpretation of Kant’s philosophy, his interest in Plato and his participation in Berlin salon culture.

The book is published by Brill and it’s available in paperback and e-book on their website. They even include a nifty link on their website to enable you to recommend the book to your University/departmental librarian.

If you’re a Cambridge-based person and would like to attend the book launch that I’m having on 24 June in Sidney Sussex College, then get in touch with me via email for full details! There will be an opportunity there to pick up an order form with a discount code.

I started to become engrossed in Schleiermacher’s writings when I saw he could act as a kind of window through which to study a whole host of trends and institutions in turn-of-the-century Prussia.