Tim Lewens joined CRASSH as Deputy Director in September 2014. He is a Professor of Philosophy of Science in the Department of History and Philosophy of Science, and a Fellow of Clare College. His primary research interests include the philosophy of biology, biomedical ethics, and general philosophy of science. His publications include Darwin (Routledge 2007), a philosophical introduction to Darwin and Darwinism, and Biological Foundations of Bioethics (forthcoming with Oxford University Press in January 2015). He is currently working on two books: one examines the promises and pitfalls of evolutionary approaches to culture, the other is a layperson's introduction to the philosophy of science. He is a member of the Nuffield Council on Bioethics, and Principal Investigator of a large ERC-funded project entitled 'A Science of Human Nature?'. 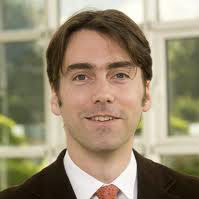