Marta is a Research Associate on the ERC-funded project Genius Before Romanticism: Ingenuity in Early Modern Art and Science.

Before coming to CRASSH, Marta has been working on a monograph on artists’ reading practices and the circulation of knowledge among painters in Spain and Italy in the early modern period. She is mainly interested in iconography, the education and social life of artists, history of collecting and material culture. Marta’s post-doctoral research has been funded by research fellowships at Villa I Tatti, The Harvard University Center for Italian Renaissance Studies, The Drawing Institute at the Morgan Library and Museum, New York, The Italian Academy for Advanced Studies, Columbia University, New York and Oxford Brookes University, Oxford.

Marta received her doctorate from The Warburg Institute, University of London where she also received an MA in Renaissance Studies. She has published extensively on the visual cultures of Italy and the Spanish Golden Age and her book, ‘Francisco Pacheco y su Libro de retratos’ (Marcial Pons, 2011), was awarded the first The Alfonso E. Pérez Sánchez International Prize on Velázquez and his era.

Marta was assistant to the British Museum’s Department of Prints and Drawings for seven years and she remains engaged in researching graphic arts and the role of museums and collections in general. Her exhibitions have focused on artists’ self-portraits, Neapolitan drawings and Carnival. She is currently also affiliated lecturer in the History of Art department and at the Faculty of Modern and Medieval Languages.

Early modern western artists of the modern period were caught between two worlds. Having fought long and hard for their profession to be considered ‘liberal’ or ‘noble’, they now had to show their peers their worth, and prove that there was more to artists than arte or acquired skill. While the term ingegno almost inevitably leads us to think of something creative and inventive- but also raw and unteachable- disegno, is a tamer word. While artists could (and most of them hoped to) have innate talent, drawing was something that was available to everybody and what was more, it could be improved by practice. It seems however, that, having pushed to shift their original social status (previously judged as mechanical) to a higher, liberal one, artists were still expected to work harder to convey that liberality. Knowledge culture had long been accepted as a domain of those practising the liberal arts. Artists, however, would ideally have to show themselves to be both ingenious (quick and intuitive) but also diligent and studious, just like other members of the liberal arts. This project will focus on the ways in which artists of Southern Europe showed, consciously or not, their belonging to the realm of the ingegnosi, through their intellectual outputs, social networks, material belongings, and of course, their works of art.

‘The old woman in Velázquez’s Kitchen scene with Christ’s visit to Martha and Mary’, Journal of the Warburg and Courtauld Institutes, LXIII, 2000, 295-302. 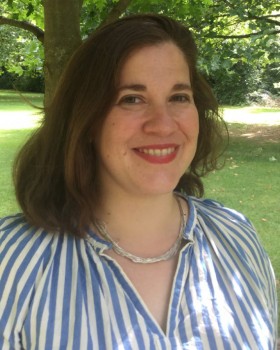