Karen Pinkus is Professor of Romance Studies and Comparative Literature at Cornell University where she is also editor of the journal diacritics. She is author of numerous publications in Italian studies, environmental humanities, film and literary theory. Her time at CRASSH will be supported by a Leverhulme Visiting Professorship at Cambridge hosted in Modern and Medieval Languages, where she will work on completing a new book, Down There: The Subsurface in the Time of Climate Change.  Situated between geology and literature, this considers cultural fantasies about the subsurface, the place of extraction (of fossil fuels), burial (of waste and perhaps, carbon) in the time of massive climate disruption caused by anthropogenic activity, on the surface. During her time in Cambridge, over two periods during 2019 and 2020, she will be involved in seminars, workshops and masterclasses in MML and at CRASSH, as well as a series of Leverhulme Lectures, the first of which will take place on Thursday 23 May at CRASSH, with the title Thinking Decarbonization with Literature. 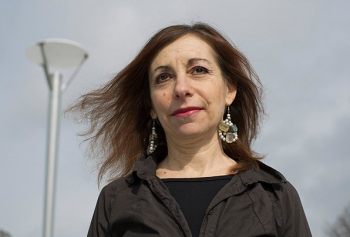