Dr Helen Anne Curry was a CRASSH Early Career Fellow in Lent 2016. She is now a CRASSH/SCAS/ProFutura Fellow 2017-18 and will spend the first year of her Fellowship at the Swedish Collegium in Uppsala before coming back to CRASSH for the last two years.

In this three-year project, I will provide a first-ever historical account of the emergence of an unlikely global conservation issue: the endangerment of Zea mays, better known as corn or maize. Drawing on extensive archival resources, I will reveal how concerns about the vulnerability of the world's most abundantly produced crop plant grew in lockstep with the spread of its industrial cultivation, first in the United States, then across Latin America, then around the world. In doing so, I will offer a radically new account of the industrialization of global agriculture in the twentieth-century, one that uniquely places conservation at the center of this story.

I am a Senior Lecturer in the Department of History and Philosophy of Science. I joined the Department in September 2012, having received my PhD in History from Yale University in May 2012.

My book Evolution Made to Order: Plant Breeding and Technological Innovation in Twentieth Century America (University of Chicago Press, 2016) traces the history of several early technologies used to modify genes and chromosomes, including their development as research tools in genetics and evolutionary biology, their application as novel methods of plant breeding, and their celebration in American popular culture as means of engineering life. You can learn more in a review of the book that was published in Science in November 2016.

My current research considers the history of global conservation, in particular efforts made to preserve the genetic diversity of agricultural crop species through the practice of seed banking. This work has been supported by the Rockefeller Archive Center and the Centre for Research in the Arts, Social Sciences, and Humanities at the University of Cambridge. It will be the focus of a Wellcome Trust Seed Award in 2016–17 and CRASSH ProFutura Scientia Fellowship in 2017–20. You can watch me talk about aspects of this research in a short film produced by the University of Cambridge Conservation Research Institute.

I am a fellow and director of studies in the History and Philosophy of Science at Churchill College. 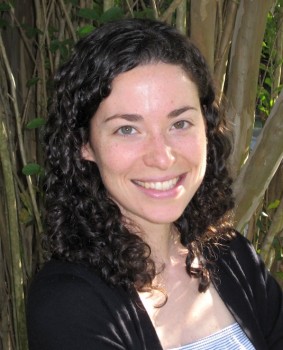