Helen Anne Curry was a CRASSH Early Career Fellow in Lent 2016. She is currently a CRASSH Pro Futura Scientia Fellow, spending the first year of her fellowship at the Swedish Collegium in Uppsala. We asked her five questions about her fascinating book, Evolution Made to Order: Plant Breeding and Technological Innovation in Twentieth Century America (University of Chicago Press, 2016).

Q. As a Pro Futura Scientia Fellow, could you tell us a little about the programme as well as the research you are conducting at the Swedish Collegium for Advanced Study?

The CRASSH Pro Futura Scientia fellowship provides three years of research leave, one year of which is spent in residence in Uppsala at the Swedish Collegium for Advanced Study (SCAS) and two at CRASSH in Cambridge. This fellowship has offered me an extraordinary opportunity to develop further my research on the history of seed banking as a strategy for conserving crop genetic diversity, and to complete a book linked to that research tentatively titled Endangered Maize. I’ve spent my first months at SCAS writing the early chapters of Endangered Maize, which will explore the history of various efforts that have been made over the past century to collect and preserve diverse varieties of maize (or corn) in the Americas. 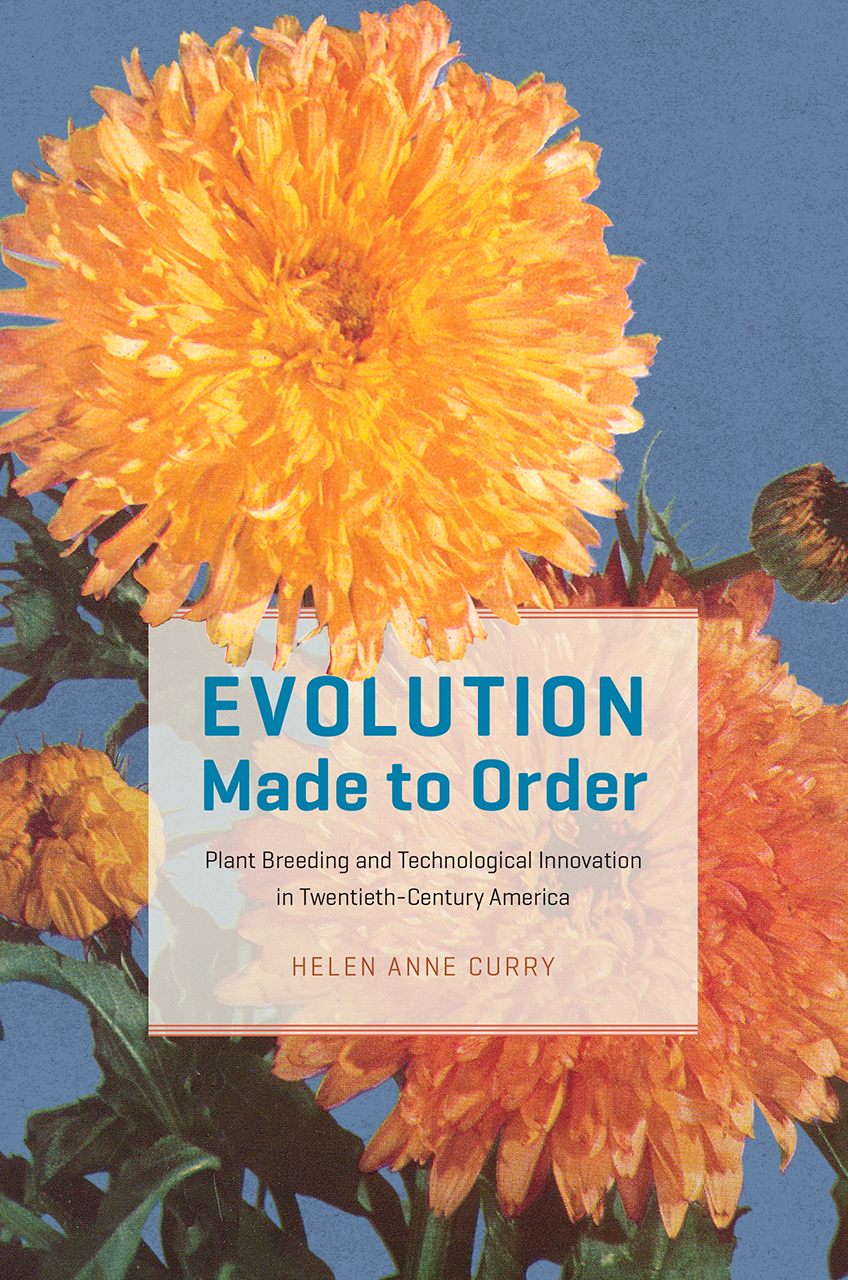 Q. What is your monograph, Evolution Made to Order, about?

Evolution Made to Order is a history of what I call early genetic technologies, various techniques and tools that were understood in the mid-twentieth century to enable unprecedented control over genes and therefore new opportunities for creating plants and animals ‘to order’. These technologies, which include x-rays, radioisotopes, and a chromosome-altering compound called colchicine, aren’t tools that have been typically included in our histories of biotechnology. But they were in fact imagined by many people as enabling precise genetic manipulation, if not already then in the near future. As I show, experimentation in the United States with all three as tools for creating new crops and flowers was widespread.

Q. What would people be surprised to learn about the subject?

One of the most striking aspects of the story, beyond the central claim that attempts at genetic engineering have a longer history than we typically recognize, is the appreciation of and engagement with these technologies by many people, not just experimental biologists or plant breeders. In the 1930s and 40s, for example, some home gardeners were eager to obtain colchicine and conduct their own experiments in genetic manipulation using common garden flowers and vegetables. Similarly, in the 1960s there was a fad for purchasing ‘Atomic Energized’ seeds, which companies claimed had been exposed to radiation and might, as a result, have mutated into unusual new forms and colours.

Q. Why is this an important book?

In telling the history of early genetic technologies, Evolution Made to Order situates these not only amidst the relevant developments in biological science but also the history of technology. Historians have tended to see the development of biotechnology as a distinct area within the history of technology, one in which biologists worked away at biological problems. But I argue that it is impossible to understand the emergence of and enthusiasm for genetic technologies apart from the broader history of technological innovation in America. The early technologies that I cover in the book were completely entangled in other areas of innovation and industrial production—electro-mechanical, chemical, nuclear—both in terms of their material production and in the outcomes anticipated from them. Many Americans envisioned and enacted the process of innovating living organisms, in this case new breeds of agricultural crops and garden flowers, little differently from that of innovating any other modern industrial product.

The book is available from the University of Chicago Press and Amazon.

Bonus question (if you dare): Please summarise Evolution Made to Order in a tweet.

X-rays. Toxic chemicals. Radioisotopes. Though it seems strange today, all were once considered harbingers of an agricultural revolution, tools that would allow crops to be engineered ‘to order’. Evolution Made to Order explores these early genetic technologies, offering an unexpected new perspective on the history of biotechnology.

… it is impossible to understand the emergence of and enthusiasm for genetic technologies apart from the broader history of technological innovation in America.