Being a physicist by training and holding both a Master’s as well as a PhD in History of Science, my research focus has been on the construction, circulation and dissolution of worldviews in science, beginning with my Master’s thesis (2006) on the history of atomism, continuing with my research on the history of cosmology and its popularization, while a research fellow at UEFS (2009-2011), and finally with my PhD dissertation on the history of the foundations of quantum mechanics and its popularization around the 1970s in the Bay Area (2015). I have been particularly interested in scientific worldviews that run counter to Max Weber’s thesis by aiming to re-enchant the world.

I defended my PhD dissertation, A Cultural History of the Re-enchantment of the World through Quantum Theory, in 2015. I began investigating the foundations of quantum mechanics as an undergraduate physics student under the supervision of Professor Patrícia Kauark Leite at the Federal University of Minas Gerais (UFMG). I then moved to the Federal University of Bahia (UFBA) where I pursued my doctorate under the supervision of Professor Osvaldo Pessoa Jr. (University of Sao Paulo – USP), as my advisor; and Professors Olival Freire Jr. (UFBA) and David Kaiser (MIT, where I was a Fulbright visiting student), as my co-advisors.

I have ever since been interested in what I have been calling 'rejected epistemes' (epistemologies living under the shadow of the modern system of knowledge). I pursued for this purpose a postdoctoral research at the University of California Berkeley as an Oxford Templeton Latin America Scholar – a three-year project led by the Ian Ramsey Centre for Science and Religion of the University of Oxford. This project has allowed me to spend a year as a visiting scholar at the Center for Science, Technology, Medicine, and Society (CSTMS) at UC Berkeley (2016-2017). I am currently a professor at the department of physics of the State University of Feira de Santana (UEFS), Brazil. 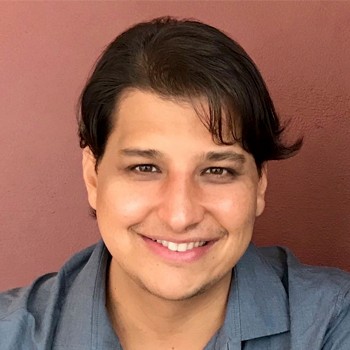