A New Israel? Britain & the Old Testament in the Nineteenth Century

Disraeli once quipped that he was ‘the blank page between the Old Testament and the New’. The comment was not entirely serious, but it underlines a new sense in nineteenth-century Britain of the problems inherent in reconciling the two halves of the Bible. The British had long imagined themselves as a ‘New Israel’, but exposure to the Bible lands via tourism, travelogues and new forms of scholarship raised new questions about what this meant. Yet despite a growing awareness that ancient Palestine could not be transposed straightforwardly to modern Britain, Israelite theocracy exerted a strong pull nevertheless, not least in debates over religion and the state. Whereas the New Testament dealt chiefly with individual ‘heart religion’, the Old Testament offered concrete prescriptions that made it both more alluring and more problematic for those seeking to build a godly society.

My project will lay bare for the first time the breadth and depth of British cultural engagement with the Old Testament. We know a great deal about how nineteenth-century Protestants engaged with the Gospels and apocalyptic books, but almost nothing about their perspectives on Hebrew history and laws. This matters because debates about tithes, anti-slavery, women’s suffrage and sabbatarianism all forced people to confront with texts that were at once familiar and outlandish. By looking at how the Old Testament was mediated, both textually and visually; how it was performed, both in churches and concert halls; how episodes and individuals were used to articulate ideas about individual character and gender; and how British and Israelite history were compared and contrasted, I aim to explore what it meant to be a ‘New Israel’.

Gareth Atkins is a Bible and Antiquity Postdoctoral Research Fellow at CRASSH.

Gareth Atkins took his undergraduate degree at University College, Durham, before coming to Cambridge to study for an M.Phil. in Political Thought and Intellectual History and then for a Ph.D., awarded in 2009, which traced the spread of Evangelical influence in the political and public institutions of late-Hanoverian Britain. He is currently writing this up as a monograph under the provisional title The politics of patronage: Evangelical Anglicans and British public life, 1770-1850. Between 2009 and 2012 he was British Academy Postdoctoral Fellow at Magdalene College, Cambridge, during which time he began to develop a new project on the reading and writing of religious history in nineteenth-century Britain, as well as lecturing for the History Faculty and for the University Summer Schools.

While his publications so far focus chiefly on Anglican Evangelicalism, his current research interests have broadened to include portrayals of heroes and saints in books and visual culture, religion and national identity in Hanoverian and Victorian Britain, and religious art and architecture. He has a particular interest how naval celebrities ranging from victorious commanders like Nelson to Arctic explorers like Parry, Franklin and Scott were exploited by pious publishers on land: a recent essay won the prestigious Julian Corbett Prize for Naval History and is forthcoming in Historical Research. He has also held visiting fellowships at the Institute of Historical Research and the National Maritime Museum, Greenwich. 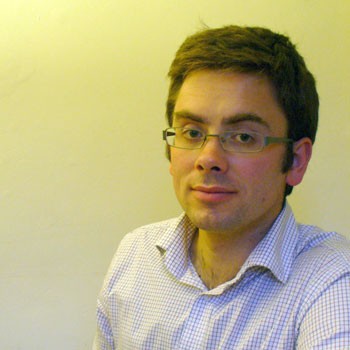