Dr Emma Hunter is the Quentin Skinner Fellow 2018-19 and will be at CRASSH in Michaelmas Term 2018. Emma will give the annual Quentin Skinner lecture and participate in the symposium on Friday 7 June 2019.

Once approached primarily as part of the history of the West, liberalism has recently begun to receive attention from a global perspective. Yet the history of liberalism in twentieth-century Africa remains little studied. This is perhaps not surprising. Powerful historiographical frameworks have marginalised the history of liberal thought in Africa. In both the scholarly and popular imagination, colonial rule in the first half of the twentieth century in Africa is understood as defined by a conservative reaction against what had come to be seen as the failed liberal projects of the nineteenth century. If in the 1940s and 1950s, liberal thought seemed briefly to take centre stage, the years after independence again seemed to bear witness to its marginalization.

As others have argued, there is an urgent need to revisit the history of liberalism in Africa and to recognise that much of this thought takes places in vernacular languages, in unexpected idioms and in unexpected places. Taking up this challenge will be my focus in the Quentin Skinner Lecture of 2019. Doing so, I will argue, requires a ‘vernacular’ history of political thought, explored not solely through high-level publications written in English or French by elites, but also through the myriad of low-level texts, such as newspapers and periodicals, petitions, legislative council texts and court cases, which circulated in twentieth-century Africa, read in their social and political context as part of conversations which stretched far beyond the borders of the African continent and involved a wide range of individuals.

The lecture will shed new light on the history of liberalism in twentieth-century Africa as well as contribute to a wider methodological discussion, prompted by the emergence of the new field of global intellectual history, on how to move the history of political thought beyond Western contexts.

Emma Hunter is a Senior Lecturer in History at the University of Edinburgh. She holds a PhD in History from the University of Cambridge (2008). Before moving to Edinburgh, she was a Fellow and Lecturer in History at Gonville and Caius College, Cambridge. Her research interests include the intellectual history of twentieth-century Africa and the history of African print cultures. Her first book, Political Thought and the Public Sphere in Tanzania: Freedom, Democracy and Citizenship in the Era of Decolonization, published by Cambridge University Press in 2015, is an intellectual and political history of African decolonization which explores the ways in which universal questions of political theory were argued over in a specific context in a time of dramatic political change.  It was awarded the Royal Historical Society’s Gladstone Prize in 2016. Other recent publications include ‘Languages of Freedom in Decolonising Africa', Transactions of the Royal Historical Society (2017); Citizenship, Belonging and Political Community in Africa: Dialogues between Past and Present, published by Ohio University Press in 2016; and, with Derek Peterson and Stephanie Newell, African Print Cultures: Newspapers and their Publics in the Twentieth Century, published by the University of Michigan Press in 2016. 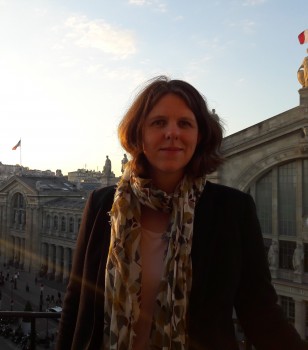