Anna Zaidi’s entry for the prize, ‘Bread, Cement, Cactus’, combines memoir and reportage to explore concepts of home and belonging rooted in her experience of contemporary life in India, where migration – within the country, especially from villages to cities – is high. The proposed book will answer the central question through examining how a citizen’s sense of ‘home’ might collapse, or be recovered. Themes it will address include:

Zaidi began her career as a reporter with stints at leading newspapers and magazines including Mid-Day and Frontline. She has published both fiction and non-fiction: Known Turf: Bantering with Bandits and Other True Tales is a collection of essays shortlisted for the Crossword Book Award in 2010, and Love Stories # 1 to 14 is a collection of short fiction published in 2012. In 2015, she published an anthology called Unbound: 2,000 Years of Indian Women's Writing. Elle magazine named Zaidi as one of the emerging South Asian writers 'whose writing… will enrich South Asian literature'. She currently works as a freelance writer, working on fiction, scripts and columns for magazines and newspapers. 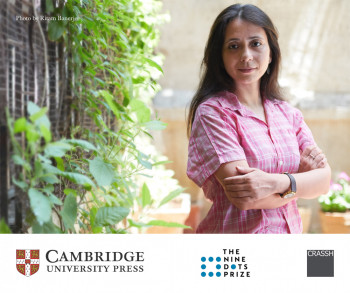