While ‘gender’ is a well-established subject in many historical disciplines, such as cultural history, social history and global history, the same cannot be said for the history of political thought. Especially once we turn to the sort of early modern political thought that can be seen as republican in a broad sense, women seem to disappear. They are simply not political: they are not citizens, they cannot participate in the sphere of the city or the commonwealth. In my lecture I shall develop a methodological approach to the question of how to write gender in and into the history of political thought in a historically sound and firmly contextual way that avoids anachronisms. I aim to develop these thoughts through the prism of Johannes Althusius’s Politica Methodice Digesta. Althusius, a key figure at the intersection between Aristotelian political theory and the broader natural law discourse of the early seventeenth century, opened his Politica by defining politics as ars consociandi, the art of living together. Man was seen an associational being and Althusius examined in great detail what it means to be living together as human beings in a political community. With this, Althusius’s account opens up questions about the nature of the private and the public and their relationship to politics. Since for Althusius all associations are contractual exploring his work offers the possibility to rethink the gendered notion of the contract and the contractual nature of gender relationships. Althusius’ conception of the commonwealth itself, understood as a body firmly vested into both law and nature, will be another point that the lecture will explore. ‘Body’ and ‘nature’ are generally connected to thinking about women; but how does this play out when we take into account their ties to the idea of (natural) law? How are law, nature, gender, and politics related? In my lecture I shall try to provide a new understanding of Johannes Althusius’ work,  and at the same time show – as Joan Scott has suggested – that gender is indeed a ‘useful category’ in the history of political thought.

Friday 22 May The Sixth Balzan-Skinner Lecture and Symposium

Anna Becker is lecturer at the Department of History at the University of Basel. She holds a Diploma in Political Science from the FU Berlin, an MPhil in the History of Political Thought from the University of Cambridge and completed her PhD at Cambridge with a dissertation on ‘Gender and Political Thought in Northern Italy and France c.1420-c.1586’. Her research interests are the history of political thought in late medieval and early modern Europe with a particular interest in early modern Aristotelianism and practical philosophy; conceptions of the political community, the household (oeconomics), gender and politics. She has published on Niccolò Machiavelli, on Jean Bodin, and on continuities and change in medieval and Renaissance political thought. She is currently preparing her first book on gender, household, and the city in early modern political thought for publication and is working on a second book project on materiality and the body in early modern conceptions of the political.

Dr Joel Isaac (Queen Mary, University of London)
Analytic Philosophy in Britain and America: the Forging of a Tradition 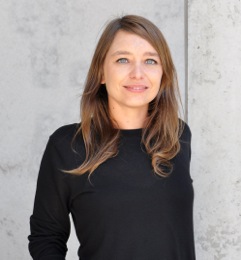