Today Gandhian nonviolence is often misconstrued as a static moral injunction against violence or simply a condemnation of violent resistance.  Gandhi himself is often portrayed as a saintly idealist, pacifist, or purveyor of conviction politics – a moral critic of politics, speaking from standpoint of conscience and truth.  I aim to show why this view of Gandhi and Gandhian politics is fundamentally misleading.  Against the saint-as-politician, or the moral man of conscience, I pursue Gandhi’s politics and political thinking from the vantage point of Gandhi the political actor and innovator who vividly understood that politics is closely bound to the possibility of violence.  This was the core of Gandhi’s realism – a view of politics as shaped by endemic tendencies towards conflict, domination, and violence coupled with an account of the distinct political means that can constrain these same tendencies.  I argue that it was Gandhi’s realist account of the pathologies and seductions of modern politics that called forth the use of nonviolent modes of political action that could, even in a collective form, undercut egoistic and hubristic politics and mitigate cycles of violent escalation.

Gandhi’s political thought bridged developments in both Indian and Western intellectual traditions and political repertoires to produce a novel synthesis and provocation.  In the lecture, I will explore Gandhi’s distinctive understanding of the means-ends question, placing Gandhi alongside Max Weber and Reinhold Niebuhr, thinkers particularly significant for the development of realism in the twentieth century.  I will also delve into the unique ways that Indians were considering the relationship between means and ends, from political debates on the proper political means to attain swaraj (self-rule) to competing interpretations of the Bhagavad Gita, a key source of modern Indian conceptions of political action.

Karuna Mantena is Balzan-Skinner Fellow at CRASSH, Lent 2014. She will be presenting the annual Balzan Skinner Lecture on Friday 16 May  2014 and participating in the related symposium.

Karuna Mantena is Associate Professor of Political Science at Yale University. She holds a BSc(Econ) in International Relations from the London School of Economics (1995), an MA in Ideology and Discourse Analysis from the University of Essex (1996), and a PhD in Government from Harvard University (2004).  Her research interests include modern social and political thought, the theory and history of empire, and South Asian politics and history.  Her first book, Alibis of Empire: Henry Maine and the Ends of Liberal Imperialism (2010), analyzed the transformation of nineteenth-century British imperial ideology.  Her current work focuses on political realism and the political thought of M.K. Gandhi.  Some of her recent publications include:  “On Gandhi’s Critique of the State: Sources, Contexts, Conjunctures,” Modern Intellectual History 9: 3 (2012); “Another Realism: The Politics of Gandhian Nonviolence,” American Political Science Review 106: 2 (2012); “Social Theory in the Age of Empire,” Empire and Modern Political Thought, edited by Sankar Muthu, Cambridge University Press (2012); “Genealogies of Catastrophe: Arendt on the Logic and Legacy of Imperialism,” Politics in Dark Times: Encounters with Hannah Arendt, edited by Seyla Benhabib, Roy T. Tsao, and Peter Verovsek, Cambridge University Press (2010). 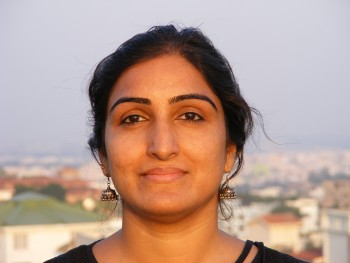