Third Plague Pandemic: Over 2,000 Photos Made Available to Public

The general public will be able to access for the first time the visual record of a pandemic that changed the course of modern medicine, but which is also generally forgotten today.

Between 2013 and 2018 Visual Representations of the Third Plague Pandemic researchers at the Department of Social Anthropology of the University of St Andrews and at CRASSH, University of Cambridge collected and analysed thousands of photographs of plague produced in the course of the third pandemic of the disease (1894–1959), over 2000 of which have become freely available online in Apollo, University of Cambridge Repository.


The Visual Representations of the Third Plague Pandemic Photographic Database provides scholars and the general public with a unique visual resource of one of the most important infectious disease pandemics in modern times. Offering rich information on colonial governance, architectural and urban planning intervention, global trade, medical practice and scientific research across the globe, it reveals neglected yet vital aspects of social, economic and political life at the turn of the nineteenth century. Social scientists and historians will be able to access unique new data on the historical development of plague outbreaks and their social and political impacts, as well as on medical, governmental and popular responses to them. Life and medical scientists will be given access to data for historical epidemiological investigations, and for the understanding of the disease ecology of plague. The general public will be able to access for the first time the visual record of a pandemic that changed the course of modern medicine, but which is also generally forgotten today.


In celebration of the launch of this open access database, the project team have created a helpful guide (below), including information about the Third Plague Pandemic, how to find the database, and the images you will encounter while searching.

The Database displays photographs alongside the following data: a) their original caption and accompanying text, where this is available; b) provenance data, c) chronological and location data, d) information regarding what is depicted in the image, e) contextual information regarding the outbreak depicted in the image, f) information that clarifies errors and misconceptions included in the photograph or its accompanying original text. The Database is searchable by keywords, including location, which can be combined in searching, for example, for photographs of rats in British India, or disinfection in Hong Kong.


• View the database here.
• More information about the project can be found here. 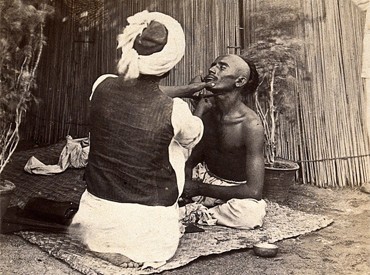