Seán Ó hÉigeartaigh is PI on the Centre for the Study of Existential Risk’s research projects, and leads CSER's research direction, strategy and management. As founding Executive Director, Sean has led the development of CSER from concept to physical centre, developing its research vision in collaboration with its founders, securing its funding and recruiting its research team. Sean's own reseach focuses on technological trajectories and impacts of artificial intelligence (AI) and other emerging technologies. He has led research programmes on these topics at the Future of Humanity Institute (Oxford) from 2011–2015, and co-developed both the Strategic AI Research Centre (Cambridge-Oxford collaboration), and the Leverhulme Centre for the Future of Intelligence (Cambridge-Oxford-Imperial-Berkeley collaboration) in 2015.

Prior to Cambridge, Sean established the FHI-Amlin Collaboration on Systemic Risk – a major academic-reinsurance industry partnership on catastrophic risk modelling – as well as several other research programmes in Oxford. His research interests include: emerging technologies, global risk, science and technology policy, and horizon-scanning and foresight. He has a PhD in genomics from Trinity College Dublin.

Seán Ó hÉigeartaigh. (2017). The State of Research in Existential Risk. Proceedings of the First International Colloquium on Catastrophic and Existential Risk. The B. John Garrick Institute for the Risk Sciences, UCLA. [2] 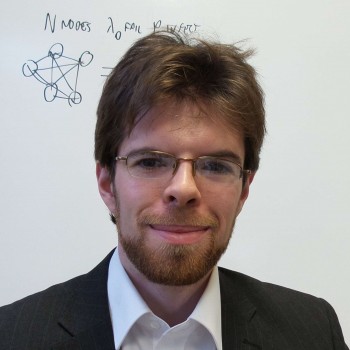