Dr Idit Alphandary is a CRASSH Visiting Fellow and will be at CRASSH in Lent Term 2020 until September 2020.

The twentieth century saw numerous cultures which perpetrated crimes against humanity in Europe, the Middle East, Africa, Australia, Asia, and America. Some culpable perpetrators of totalitarian regimes suffered indictments meted out by tribunals that prosecuted these heinous crimes. Many perpetrators and collaborators were never punished. At the same time the notions of forgiveness and resentment became crucial terms that thinkers all over the world use in various disciplines such as philosophy and psychoanalysis. Writers examine these affects in nonfiction biographical texts as well as in works of literary and visual fictions.

My book manuscript collates these texts, films, and museum exhibitions devoted to the examination of the ethical function of forgiveness and resentment in the life of individuals and cultures victimized by mass atrocity. I seek to show that thinkers who favor forgiveness and resentment move beyond utilitarianism, practice ethics beyond ethics. The forgiving/resentful victim is a witness of evil who accepts that forgiveness forgives unforgivable mortal crimes and resentment is interested in historical documentation of atrocious crimes and in remaining loyal to the dead. When the witness relates the story of genocide in order to explain forgiveness and preserve the memory of the dead she trusts in the humanity of the other person, acknowledges that only the other person can accept responsibility for moral behavior and fight against evil in the aftermath of catastrophe.

Dr. Idit Alphandary is a Senior Lecturer at the Department of Literature and the Interdisciplinary Program of the Arts at Tel Aviv University. She is the editor of Between Crisis and Empowerment: Interdisciplinary Essays on Women and Gender (2017), and co-editor of Democracy, Dialogue, Memory: Expression and Affect Beyond Consensus (2019) and her writings on literature, film, philosophy, and psychoanalysis appeared in the journals Philosophy Today, CR: The New Centennial Review, Textus,Culture Unbound, Journal for the Study of Christian Culture, and Philip Roth Studies. She contributed chapters to books from SUNY Press and Columbia University Press and her work is translated to Turkish and Chinese. She obtained her doctorate at Yale University (2001) and received grants from the Cluster of Excellence Languages of Emotion (the Free University, Berlin), and Hanban (Renmin University of China, Beijing) for the completion and publication of articles on forgiveness and resentment in those cultures. 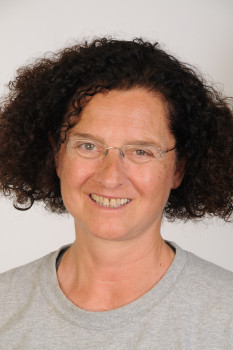