The Production of a global norm: grassroots participation in the UNESCO Intangible Cultural Heritage Convention

Coming ten years after UNESCO’s adoption of the Convention for the Safeguarding of the Intangible Cultural Heritage by UNESCO (2003), this research focuses on the evolution of the Convention’s policy priorities and investigates the emergence of a participatory rule underpinning heritage identification and safeguarding. “Participation” and “communities”, key concepts of the 2003 UNESCO Convention, convey the idea that heritage interventions are no longer the exclusive purview of a particular profession or set of scientific and technical experts but are now part of a social process of “empowerment”. This participatory ideal corresponds to the rising involvement of international organizations in the politics of civil-society inclusion, which was the driving force behind the development of the Convention. The actual implementation of the Convention shows how the interpretation of the notions of “participation” and “community” varies widely between countries depending on their cultural, political and institutional frameworks. In the same way, at the intergovernmental level, the understanding of such notions is far from being uniform. Observation of debates held by the Intangible Cultural Heritage Intergovernmental Committee suggests that the participatory approach to heritage is evolving and gaining increasing weight. The goal of this project is to analyse the development of the idea of grassroots empowerment within UNESCO, tracing the evolution of the participatory ideals expressed by the Committee. To this end, I will address the following questions: how does the Committee responsible for the monitoring of the Intangible Cultural Heritage Convention interpret the notion of “participation”? How do members of the Committee distinguish between “participation” and “consent”? How do their concerns about participatory principles evolve over time? What tools are provided by the UNESCO secretariat to facilitate and promote participatory heritage policies? And how does the structure and organization of UNESCO influence this endeavour?

Whereas most anthropological studies of UNESCO policies focus on the latter’s impact on particular sites or cultural practices without explaining how global policies are established at the intergovernmental level, this project shifts the ethnographic gaze to the international organization itself. Once the global is localized in UNESCO conference rooms and corridors and the context of ICH programme and policy design is identified, it becomes possible to investigate how a category often abstractly defined as “global” is shaped in practice by particular actors, devices and rules and how the socio-material arrangements of an international organization impact upon policy making.

Chiara Bortolotto is the Eurias Fellow at CRASSH/Clare Hall, 2013-2014 - with support from the Thriplow Charitable Trust gratefully acknowledged.

She is an anthropologist affiliated to the Institut interdisciplinaire d’anthropologie du contemporain at École des hautes études en sciences sociales (Paris). From 2010 to 2013 she was a Marie Curie fellow at the Free University of Brussels (Laboratoire d’Anthropologie des Mondes Contemporains Lamc). She was awarded her Ph.D. in Social Anthropology from École des hautes études en sciences sociales (Paris) and IULM University (Milan) in 2005. She has edited Le patrimoine culturel immatériel: enjeux d'une nouvelle catégorie (Maison des sciences de l'homme, Paris, 2011) and published several articles on UNESCO Intangible Cultural Heritage policies. Her research approach is founded on ethnographic observation of the institution and a multi-sited comparative anthropology of the implementation of international policies by national bureaucracies and local actors. 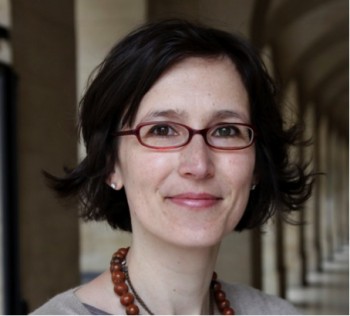