Branwyn Poleykett was a postdoctoral research associate on the Visual Representations of the Third Plague Pandemic project. Branwyn left CRASSH in 2018, and is now working at the University of Exeter, in the Wellcome Centre for Cultures and Environments of Health. This profile is now archived.

I am a medical anthropologist specialising in the study of science, biomedicine and Global Health in sub-Saharan Africa. I have conducted ethnographic research with actors implicated in different ways in the Global Health project: commercial sex workers, front line health workers, laboratory scientists, and artists working on popular health murals. Across these projects I have developed new conceptual approaches to the study of Global Health, focusing on its origins in mid-twentieth century development theory, its distributions of power and expertise via transnational scientific pedagogy, and its visual politics.

My PhD examined the regulation of female commercial work in Dakar and the production of knowledge about instrumental intimacies and social, economic and bodily vulnerability. My doctoral research involved work on recruitment to transnational medical research and this stimulated my interest in the ethnographic study of sites of scientific research in Africa. I went on to develop this research programme as a postdoctoral fellow with the Anthropologies of African Biosciences group at the London School of Hygiene and Tropical Medicine and the University of Cambridge. Based on fieldwork in Tanzania, my project explored how capacities in science are gained, experienced, and lived through time, and how scientific values are imagined and re-made in contemporary East Africa in the era of Global Health.

I am currently writing a book about health communication in Dakar titled Lines of Sight: Development, Decolonisation and the Image World of Senegalese Hygiene. Lines of Sight draws upon ethnographic and archival work in Senegal and France and uses visual methodologies to explore how public health messages have been communicated in Senegal from 1950 to the present day. The archival chapters examine how successive persuasive political projects (rural animation, basic education, urbanization, modernisation and conversion) imagined the visual literacies required to engage with and enact their political goals. The book weaves ethnographic and historical data together, following youth political leaders, preachers and visual artists through the city and observing how didactic messages are constructed and how they create and organise new constituencies. Lines of Sight breaks new ground in medical anthropology highlighting the intersections of the subdiscipline with anthropologies of representation, visuality, creativity and communication.

I have recently begun to research diet and emergence and contemporary impact of heart disease, diabetes and hypertension in Dakar. This research uses ethnographic methods to better understand the overconsumption of salt, sugar and fat in a highly food insecure city. 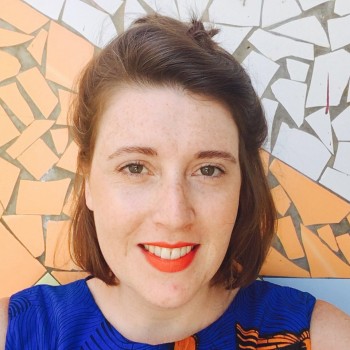