‘The Week of Fake News’ is a one-off large cross-sector initiative encompassing cinema, music, academic debate and fine arts. Its objective is to investigate how fake news and media bias have impacted the democratic institutions and the election process in Brazil, drawing pertinent parallels to the UK and the rest of the world. Visit the ‘Week of Fake News‘ website to find the full programme of events.

The Cambridge University Brazilian Society (CUBS), the Cambridge Latin American Research in Education Collective (CLAREC) and DMovies are delighted to be hosting at the Faculty of Education (University of Cambridge) three events of this insightful week. The events will take place in-person and free of charge.

The seminar ‘The role of education in the fake news era’ will promote debate on the phenomenon of fake news, which has become a global threat to democracy. We seek to understand what role does (or can) education play in times marked by the advance of misinformation and a social and political context with the rise of populist movements, global polarisation and technological advances increasing the potential for rapid dissemination of fake news. The seminar will be chaired by Haira Gandolfi (Lecturer, Faculty of Education, University of Cambridge), with guest speakers Susan Robertson (Head of the Faculty of Education, University of Cambridge), Márcia Tiburi (Philosopher and Lecturer, University Paris 8), Jean Wyllys (Journalist and scholar, University of Barcelona and Harvard) and Victor Fraga (journalist and filmmaker). By promoting the premiere of the documentary ‘The Coup d’État Factory’ before the seminar, we hope to enrich the debate with the presentation and contextualisation of a relevant case. 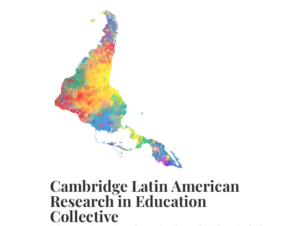 Haira Gandolfi is a Lecturer at the Faculty of Education – University of Cambridge. Her teaching and research interests are Science Education, Decolonial Curricula and Pedagogies, Science & Technology Studies, and Teachers’ Work and Professional Development.

Victor Fraga is an Anglo-Brazilian journalist and filmmaker. He is the founder and director of the DMovies, the portal for thought-provoking cinema. He co-directed the documentary The Coup d’Etat Factory, about the role of media manipulation and fake news in the collapse of Brazilian democracy and rise of Neo-fascism.

Susan Robertson is the head of the Faculty of Education at University of Cambridge and went on to hold academic posts at the University of Auckland, University of Bristol. She sits on the ESRC’s funding council and is the Editor-in-Chief of the journal Globalisation, Societies and Education.

Márcia Tiburi is a philosopher, plastic artist and writer. She is currently living under exile in Paris, and works as a professor at the University Paris 8. She has written extensively about the rise of fascism and fake news in Brazil. She authored the book The Psycho-Cultural Underpinnings of Everyday Fascism, published in 2021.

Jean Wyllys is a scholar in Political Science at the University of Barcelona, where he researches the contagion by fake news and the rise of authoritarian governments. Award-winning journalist, he writes about civil rights and liberties. He served two consecutive terms as federal deputy in Brazil.