The event is co-hosted by CRASSH and the Jewish-Muslim Research Network, College of Literature, Science and the Arts, University of Michigan

By exploring dynamic Jewish-Muslim interactions across North Africa and France through performance culture in the twentieth and twenty-first centuries, we offer an alternative chronology and lens to a growing trend in media and scholarship that views these interactions primarily through conflict. Our volume interrogates interaction that crosses the genres of theatre, music, film, art, and stand-up, emphasising creative influence and artistic cooperation between performers from the Maghrib, with a focus on Algeria, Tunisia, Morocco, and diaspora communities, notably in France. The plays, songs, films, images, and comedy sketches that we analyse are multilingual, mixing not only with the former colonial language French, but also the rich diversity of indigenous Amazigh and Arabic languages. The volume includes contributions by scholars working across and beyond disciplinary boundaries through anthropology, ethnomusicology, history, sociology, and literature, engaging with postcolonial studies, memory studies, cultural studies, and transnational French studies.

The first section examines accents, affiliations, and exchange, with an emphasis on aesthetics, familiarity, changing social roles, and cultural entrepreneurship. The second section shifts to consider departure and lingering presence through spectres and taboos, in its exploration of absence, influence, and elision. The volume concludes with an autobiographical afterword, which reflects on memories and legacies of Jewish-Muslim interactions across the Mediterranean.

The insights that this volume brings to bear on Jewish-Muslim relations, hitherto obfuscated or forgotten, are pertinent and restorative. Its elucidation of artistic and cultural affinities and interactions, convincingly argued and with great nuance, serves as a counterpoint to the more commonplace narrative of conflict
– Mohammed Kenbib, Mohammed V University, Rabat

This collection dances off the page, with a series of engaging, accessible, insightful essays on the many ways in which Jewish and Muslim artists and performers from North Africa engaged (and continue to engage) with one another creatively, through comedy, art, film, theatre, and music, from the colonial period to the present day
– Sarah Abrevaya Stein, UCLA

Rebekah Vince is a Lecturer in French at Queen Mary University of London, associate editor of Francosphères, and co-editor of the Brill book series Mobilizing Memories (with Hanna Teichler). Her research explores depictions of the Israeli-Palestinian conflict in Franco-Maghrebian literature and memories of Jewish life in Muslim-majority countries across the Mediterranean francosphère.

Samuel Sami Everett (who goes by Sami) is a Research Fellow at the University of Cambridge. He holds a PhD in Politics from SOAS, University of London and a BA in North African Language and Culture from INALCO, Paris. His research focuses on the historical-colonial and spatial-political dimensions of interreligious identification to North Africa.

Adi Saleem Bharat is an LSA Collegiate Fellow in the Department of Romance Languages and Literatures at the University of Michigan. He is also a co-founder and coordinator of the Jewish-Muslim Research Network. His research broadly focuses on the intersection of race and religion, particularly in relation to Jews and Muslims, in contemporary France. 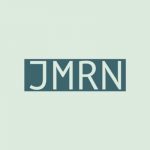 ‘Religious Diversity and the Secular University’ is funded by the Andrew W Mellon Foundation to support a multi-disciplinary examination of the interplay between religion, secularism, and the role of the university, reference #41600622.