Sami joins CRASSH as Research Associate for the Religious Diversity and the Secular University project. His interdisciplinary research juxtaposes the role of encounter and exchange in religiously diverse urban everyday settings and in contemporary intellectual production. He writes against a discursive backdrop of increasing concern over identity and pluralism - a core concern of the project.

His thesis (2009-2014), successfully completed at SOAS, developed the notion of Maghrebinicité that brings together historical-racial – Maghreb – and spatial-political – Cité – dimensions of Parisian Jewish identification to North Africa. He undertook multi-sited ethnographic and historical research in Paris, North Africa and Jerusalem to analyse migratory trajectories and their interpretation intergenerationally. His work also focuses on similarities and differences in experience between Jewish and Muslim descendants of North Africa in greater Paris, particularly in areas of contact. In Paris he is associated with INALCO (from which he graduated) and the CNRS GSRL (Society, Religion and Secularism Group).

As a JRF at the Woolf Institute (2015-17), Sami analysed the ways in which trust manifests itself locally through his participant observation in initiatives relating to social action, interfaith, and refugees, putting into practice a philosophy of personal engagement through education, outreach, and research.

2017. Trust in Crisis: the emergence of the quiet citizen (Public policy report, The Woolf Institute, 9 July 2017).

2017. ‘Les Juifs et le Maghreb’ in Babel
2017. ‘Les juifs algériens dans la lutte anticoloniale’ in Journal of North African Studies
2016. ‘This is no longer Algeria’ in The Review of Labour History
2016. ‘The Dynamics of Coexistence in the Middle East’ in The Journal of Modern Jewish Studies 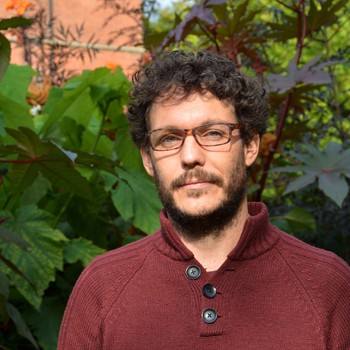