The last few years have seen increasingly frenzied speculation about the role of social media in political mobilisation. In an important recent book Helen Margetts and her colleagues report on research drawing on large-scale data generated from the Internet and real-world events to show how mobilisations that succeed are unpredictable, unstable and often unsustainable. To reach a better understanding of this unruly force in the political world, the researchers have used experiments that test how social media influence citizens when they are deciding whether or not to participate. They conclude that a new kind of “chaotic pluralism” is the model of democracy that is emerging in our networked environment.

Helen Margetts is the Director of the OII , and Professor of Society and the Internet at Oxford. She is a political scientist specialising in digital era governance and politics, investigating political behaviour, digital government and government-citizen interactions in the age of the internet, social media and big data. She has published over a hundred books, articles and major research reports in this area, including Political Turbulence: How Social Media Shape Collective Action (with Peter John, scott Hale and Taha Yasseri, 2015); Paradoxes of Modernization (with Perri 6 and Christopher Hood, 2010); Digital Era Governance (with Patrick Dunleavy, 2006); and The Tools of Government in the Digital Age (with Christopher Hood, 2007). In 2003 she and Patrick Dunleavy won the ‘Political Scientists Making a Difference’ award from the UK Political Studies Association, in part for a series of policy reports on Government on the Internet for the UK National Audit Office (1999, 2002 and 2007), and she continues working to maximise the policy impact of her research. She sits on the World Economic Forum Global Agenda Council on the Future of Government and is editor-in-chief of the journal Policy and Internet. She is a fellow of the Academy of Social Sciences. From 2011- 2014 she held the ESRC professorial fellowship ‘The Internet, Political Science and Public policy: Re-examining Collective Action, Governance and Citizen-Governance Interactions in the Digital Era’.

Professor Margetts joined the OII in 2004 from University College London where she was a Professor in Political Science and Director of the School of Public Policy. She began her career as a computer programmer and systems analyst with Rank Xerox after receiving her BSc in mathematics from the University of Bristol. She returned to studies at the London School of Economics and Political Science in 1989, completing an MSc in Politics and Public Policy in 1990 and a PhD in Government in 1996. She worked as a researcher at LSE from 1991 to 1994 and a lecturer at Birkbeck College, University of London from 1994 to 1999. 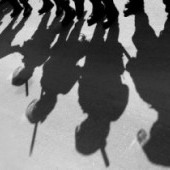