Lorraine de la Verpillière is a Research Assistant on the ERC-funded research project Genius Before Romanticism: Ingenuity in Early Modern Art and Science. As part of the project, she will be analysing ingenuity through visual representations of early modern physiology. 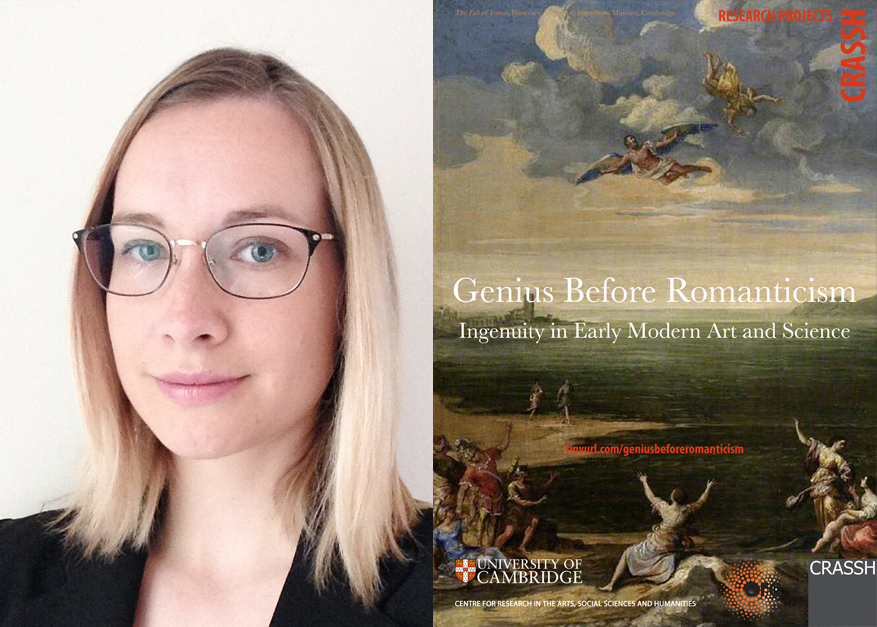 Q. Lorraine, you have recently joined the CRASSH research project Genius Before Romanticism. Could you tell us a little about what the project is interested in?

The Genius Before Romanticism project focuses on the early modern notion of ‘ingenuity’. This complex notion was in fact both related to and highly distinct from the concept of ‘genius’ which later emerged during the eighteenth century and still pervades today. While the romantic ‘genius’ usually refers to a solitary, melancholy-blessed, and exceptional individual, the notion of ingenium encompassed a much larger range of meanings. It could, for instance, refer to innate capacities and natural character, to the brain, to the faculty of imagination, or to materials and techniques.

Linked to the special talents of the artist and to the aesthetic properties of artworks, ingenuity as imagination and ingenious materials and techniques are specific meanings our team is currently working on – the project has reached the last phase of its research which is on the topic of ‘Ingenious Images’.

My interest in the notion of ingenuity stems out of my PhD research in Art History. My thesis, entitled ‘Visceral Creativity’, analysed the related concept of artistic creativity, and how Northern artists from the early modern period visually represented this concept in relation to the body’s physiology – and, more specifically, in relation to the physical and metaphorical process of ‘digestion’.

I am therefore particularly interested in the embodied and sensory aspects of ingenuity, that is to say, how food, liquids (like liquors and wine), as well as different kinds of bodily substances (humours, medical ‘spirits’, or vapours) could influence the mental and intellectual processes taking place in the head (especially imagination), or the physical making of an artwork.

During this last year of the project, our team is working collaboratively on the production of a fascinating database of images linked to the concept of ingenuity. It will involve images directly attempting to represent this concept, as well as images that were thought in the period to specifically require exercising ingenuity, whether from the part of the artist or the viewer. We aim this database at being useful to researchers across all disciplines.

Aside from taking my research on ‘embodied’ or ‘earthbound ingenuity’ further through working on several publications, I am increasingly interested in the topic of laughter in relation to images and I am currently organising for the project a workshop on ‘Early Modern Caricature and Ingenuity’, due to take place in the Spring.

• Get to know the CRASSH community.
• Read about Genius Before Romanticism: Ingenuity in Early Modern Art and Science.

Our team is working collaboratively on the production of a fascinating database of images linked to the concept of ingenuity.