Lorraine joined the Genius before Romanticism project as a Research Assistant in September 2018.

Before coming to CRASSH, Lorraine completed a PhD at the History of Art department in Cambridge, funded by the AHRC, the Cambridge Trust, and Pembroke College’s Lander Studentship in History of Art. Her thesis, entitled ‘Visceral Creativity: Digestion, Earthly Melancholy, and Materiality in the Graphic Arts of Early Modern France and the German-Speaking Lands (c. 1530-1675)’, examines how early modern artists depicted the ‘physiology of creation’, focusing on the lower process of digestion as a natural model of artistic creativity.

During her PhD, Lorraine also participated in one of the Paleography Workshops organised by The Making and Knowing Project led by Prof. Pamela Smith at Columbia University, where she helped to the translation and digital encoding of BnF Ms. Fr. 640—a sixteenth-century compilation of technical recipes written by an anonymous French craftsperson.

Prior to her PhD, Lorraine received a BA and MA in History of Art from the Université Paris 1 Panthéon-Sorbonne, where she researched and published on the artistic patronage of Cardinal Reginald Pole (1500-1558) between Italy and England.

Earthbound Ingenium: Visceral Creativity in the Visual Arts of Early Modern France and the German-Speaking Lands

Digestion was part of a series of natural processes on which Renaissance creativity was increasingly modelled, following a scholarly bend in favour of Aristotelianism. Among the most popular of these ‘physiological’ models of creation were for instance the procreative or generative model, the breathing (or pneumatic) model, and the bleeding and drinking models, which were all tied to the notion of creative ingenium as divine inspiration or aria.

Digestion, however, as a rarer and less ‘decorous’ model of creation, had been overlooked in comparison to others. Focusing on visual examples of this model in the graphic arts of early modern France and the German lands, I argue that the ‘digestive model’ had links with a more ‘earthbound’ form of ingenuity. This ‘earthbound ingenium’ referred to artist’s laborious engagement with ‘ingenious’ materials and techniques, and to an introverted type of imagination producing eccentric creations (grillen).

As part of the ‘Genius before Romanticism’ project, I will take my doctoral research further by analysing ingenuity through the visual representations of early modern physiology. 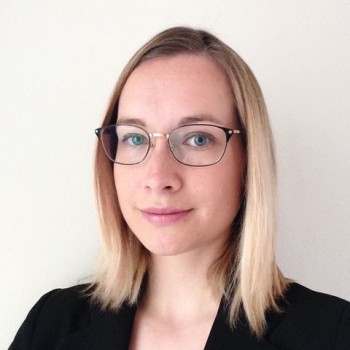