Yolana Pringle is a Mellon/Newton Postdoctoral Fellow at CRASSH, 2014-present, and co-opted member of the Centre of African Studies.

She has research interests in global health (particularly mental health) and the history of humanitarian intervention in Africa. She has conducted fieldwork in Uganda, Kenya, and Zanzibar. She holds a DPhil from the University of Oxford, which was awarded in 2013.

While at CRASSH Yolana is conducting research on the work of the International Committee of the Red Cross (ICRC) in Africa since the 1950s. She is focusing on the ICRC’s education programmes and the diffusion of the Geneva Conventions in Eastern and Central Africa.

Yolana’s doctoral research, funded by the Wellcome Trust, investigated the emergence of an internationally renowned psychiatric community in early postcolonial Uganda. During this time, Uganda established itself as a leader of mental health care in Africa, setting up a range of innovative research and education programmes. This aspect of Uganda’s history is all the more marked for its contrast with the almost complete collapse of mental health care in the 1970s and 1980s. Yolana is currently revising the thesis as a book manuscript.

Before joining CRASSH, Yolana was a Teaching Fellow in African History at the University of Warwick. She has worked as a researcher on numerous projects relating to African history and politics, including the 2010-11 Mau Mau High Court reparations case.

The International Committee of the Red Cross, race, and Africa, 1935-80

The International Committee of the Red Cross (ICRC), which provides assistance to victims of armed conflict, is built on principles of neutrality, impartiality, and universal humanity. Founded in 1863, these principles were developed in European contexts, with little regard for questions of race or racial equality. As the ICRC expanded its remit to include Africa from the 1930s, its claims for universalism were tested in the face of colonial racism, apartheid, and assumptions about the primitive nature of African behaviour. So different was the African outlook on life, it was argued, that the outcome of humanitarian intervention was highly uncertain.

This project will explore the role of race in shaping the ICRC’s attitudes and activities in Africa. Starting with the ICRC’s first mission to Africa during the Italo-Ethiopian war, it will trace changing ideas about Africa and the need for humanitarian intervention. It will explain why the ICRC was reluctant to intervene in African conflicts, as well as its refusal to become involved in racial controversies like apartheid.

The project will provide the first comprehensive analysis of the early behaviour of the ICRC in Africa. It will be based on archival materials that highlight the importance ideas about African culture and politics played in the decision-making process. It will move the history of the ICRC in Africa beyond the study of specific conflicts, and is important not only for our understanding of the history of humanitarian intervention, but for what it can reveal about the impact of theories about race.

The project will speak to a number of strands within the ‘Location of Knowledge’ theme. Firstly, it will investigate how knowledge about Africa was produced and understood by an institution that claimed universalism, but which was socially and culturally embedded in Europe. Secondly, it will examine how self-conscious the ICRC was about the limits of the principle of universal humanity, and how it was forced to address them. In so doing, it will question how self-conscious institutions are able to be about the assumptions underlying their practices. 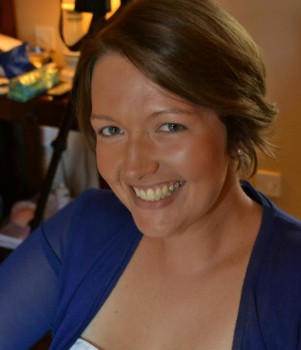