Tom Colville is a Post-Doctoral Research Associate on the ERC-funded project Genius Before Romanticism: Ingenuity in Early Modern Art and Science. He works on the broad and fluid concept of mental capacity in the seventeenth century, specifically looking at how this idea interacts with the pursuit of knowledge about the natural world and society.

Tom's work attempts to blend intellectual and cultural approaches to the early modern mind. His research touches on the works of some of the period's greatest thinkers but also investigates the resonance of ingenuity in fairs, taverns and the home. Prior to joining CRASSH, he completed his PhD at King's College London and his MA at the University of Warwick.

Tom Colville is developing a monograph out of his PhD thesis on 'Mental Capacity and the Pursuit of Knowledge in England 1650-1700'.

Seventeenth-century writers had many words to describe the different powers of people's minds. Wit, ingenuity, understanding, judgement etc. These words, as well as phrases, images, and metaphors were widely used to invoke the notion that different people have different levels of general intellectual ability. Tom aims to unpick this complex and malleable conceptual architecture with a combination of statistical analysis of word use in digitised archives and close reading of the works of individuals who engaged with this conceptual network in significant detail.

He is also working on articles on the early modern word history of "intelligence" and the experience of ingenuity in early modern London's Bartholomew Fair. 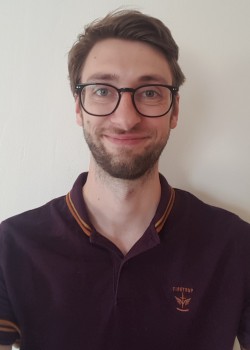