Cosmopolitan Networks in an Age of Revolutions: Ruling the Mediterranean World at the End of Empire, 1274-1348

This project examines the consequences of the end of empire. It traces the collapse in the late Middle Ages of the Byzantine Empire and the Holy Roman Empire as Mediterranean powers, as well as the rise of newer powers such as the Kingdom of France. This was an age of social unrest and revolution during which the struggle for power between town and crown played itself out simultaneously across the Mediterranean. Emperors were undone by cities. Cities were brought to heel by kings. Each fought the other. Each also courted the other. All this against a background of demographic growth and economic boom that were reaching their limits. Within a few decades, the Black Death would strike, wiping out perhaps as much as 60% of the population. The age seemed to be one of perils and possibilities - of breathless debate, of new ideas and new regimes. It was an age in which polities formed that might be described as the first nation-states. It was also an age of unparalleled transregional contact and exchange.

My focus is on the creation of a new cosmopolitan elite that was responsible for reshaping both the theory and the practice of government. I use the life and travels of a key representative of that elite, Theodore Palaeologus (b.1291/2-d.1338), also known as Theodore of Montferrat, as a way into the larger questions. Almost completely forgotten today, his writings languishing unread, Palaeologus is dismissed as an oddity by those scholars who refer to him at all. He is described as a maverick prince belonging nowhere, too western for those who study Byzantium, too eastern for those who study the West. Yet in fact he belonged to an important group that was not bound to the vicissitudes of local politics, but pursued careers spanning the eastern and western Mediterranean. Palaeologus moved effortlessly between Byzantium and Italy; his networks stretched even further afield. Across these networks, information was exchanged with breathtaking speed, as individuals witnessed events not just from the throne room or the public assembly, but from the ship's deck and the horse's back. The efficacy of these long-distance connections belonging to a pre-digital age has been almost entirely overlooked.

I intend to hone in on the particularities of each political and intellectual milieu in which Palaeologus was active. At the same time, I shall trace the exchanges of political, economic, and personal information that occurred between these milieux, drawing attention to the existence of a series of networks key to understanding the period. I wish to demonstrate the importance of these networks in the circulation of ideas about the origins and nature of legitimate political authority. Above all, I will delineate the attempt by imperial powers to control not merely the raw materials or manufacturing of the Mediterranean, but also late medieval commerce and finance.

Teresa Shawcross is Assistant Professor of Byzantine History at Princeton University.  She was previously Assistant Professor of Medieval European and Mediterranean History at Amherst College (2010-12) and Schulman Research Fellow in History at Trinity Hall, University of Cambridge (2006-10).  She was awarded her DPhil by the University of Oxford (2006).  Her publications include The Chronicle of Morea: Historiography in Crusader Greece, Oxford: Oxford University Press, 2009.  She is currently completing a history of the end of the Byzantine Empire, Nightmares of Empire: Memory, Legitimation and Power in the Eastern Mediterranean, 13th-15th Centuries, and embarking on a two volume project concerned with the writings and career of Theodore Palaeologus, also known as Theodore of Montferrat - a fourteenth-century statesman and political theorist who straddled the worlds of the eastern and western Mediterranean. 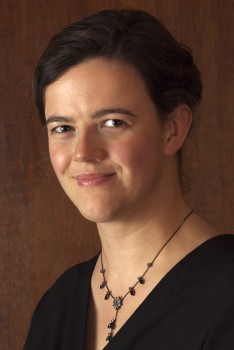