Christians in Pakistan: narratives of suffering, survival and dignity

My project is aimed at fathoming the pain and predicament of ordinary Christian lives in Pakistan by raising two questions: how has the majority's religious nationalism impacted them? What is their survival mechanism and what role do the increasingly autonomous media play in easing their travails.

According to the 2005 census there are 2.5 million Christians living in Pakistan. This number, however, is disputed by the country's Christian leaders. They assert that the actual Christian population now stands between six to seven million. A sense of victimhood defines the Christian community these days. The study would argue that the unraveling of Pakistan as a nation-state was in part triggered by the majority's harshness towards minorities.

Javed Nazir is a faculty member at the Lahore University of Management Sciences (LUMS). From 2006 to 2009 he was a senior fellow at Wee Kim Wee School of Communication & Information, NTU, Singapore. He was a visiting professor at University of Michigan from 2020 to 2006. He is a veteran of more than 35 years in journalism writing and media education on four continents.
His publications include Balancing Civil Rights and National Security: Impact of anti-terrorism laws on Media and Civil Liberties in Europe & Asia (2012). 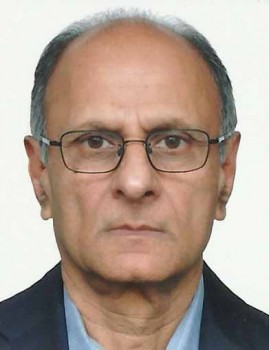