Status-enhancing multilateralism: France in Africa since 1994

It may be that other powerful countries besides the USA—especially other democracies—seek multilateral approval for their own interventions for similar reasons. However, this does not necessarily have to be the case. The project aims to theorise how in the contemporary international context, international status concerns might motivate states to channel their foreign and defence policies through multilateral bodies. The project focuses in particular on France’s military intervention policy towards Africa and that policy’s evolution in an increasingly multilateral direction from the mid-1990s onwards. France has by some measures been the most interventionist western country over the last decade, launching several armed interventions in Sub-Saharan Africa (Ivory Coast, DRC, Chad, Central African Republic, Mali) and playing important roles in military operations elsewhere (Afghanistan, Libya). The intended output is a book-length monograph.

Dr. Stefano Recchia is a University Lecturer in International Relations at POLIS and an official Fellow at Clare Hall. His principal research interests are in international security studies, US foreign policy, transatlantic relations, and applied international ethics. His first monograph, Reassuring the Reluctant Warriors: US Civil-Military Relations and Multilateral Intervention, was published in 2015 with the Cornell Studies in Security Affairs book series. He has further published several peer-reviewed articles, as well as two books on classical international relations theory: Just and Unjust Military Intervention: European Thinkers from Vitoria to Mill (co-edited with Jennifer Welsh; Cambridge UP 2013), and A Cosmopolitanism of Nations: Giuseppe Mazzini’s Writings on Democracy, Nation Building, and International Relations (co-edited with Nadia Urbinati; Princeton UP 2009).

He holds a PhD in political science from Columbia University (awarded with distinction) and a Master's degree from the London School of Economics and Political Science. He has been awarded several fellowships, including by the Fulbright Commission, the European Union, the Alexander von Humboldt Foundation, and the Rotary Foundation. 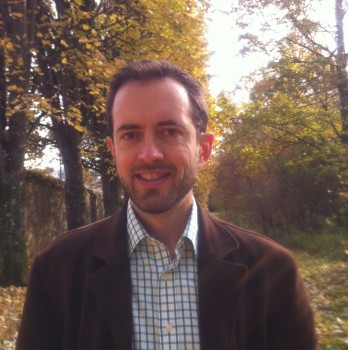