Dr Stacey McDowell is a CRASSH Early Career Fellow  and will be  at CRASSH in Lent Term 2018.

Tennyson spoke of being ‘wild with all regret’ in a poem in which the lament for ‘the days that are no more’ is repeated over and over again. This presents a familiar view of regret as an impulse to return to the past that can be maddeningly recurrent; it also typifies a familiar view of Victorian poetry as preoccupied with nostalgia and the themes of elegy and loss that relate to the older sense of the word ‘regret’. But such views show literary studies to be out of step with current thinking about regret in other fields, such as philosophy and experimental psychology. A more positive model has been put forward recently which, countering the well-known ‘no regrets’ mantra, embraces the emotion’s beneficial impact on future action and reformed moral behaviour, for example, or stresses the importance of anticipated regret in economic models when it comes to decision making and risk taking. Rather than seeking to reclassify as positive something which Victorian poetry depicts in overwhelmingly negative terms, though, I wish to think about how the poems to emerge from that experience are productive, even if the experience itself is not. How does the act of writing poetry shape regret in a form which is responsive to that emotion’s concern with the workings of time and perspective, as well as its peculiar irony?

Victorian poetry might seem to display an obvious – almost too obvious – preoccupation with regret. Beyond the stereotype of nostalgic pessimism, I wish to provide a historical basis for what is meant by regret in the period (from theological arguments that see it as blasphemous to the evolutionary ethics of Darwin’s Descent of Man, in which it is said to play a vital role in social behaviour). Milder than remorse, guilt or shame, regret occupies an odd status, particularly since, unlike other emotions commonly displayed through gesture (weeping or laughter, for example), regret shies away from public disclosure. It is seen to be a more private nursing of the consequences of moral slippages, mistakes or changes of heart. The public voicing of regret in published poetry, therefore, can look potentially suspect. And yet those poems which confront the emotion often consider as well how and why that act of expression is important. For Hardy, regret was wakened by such ‘undervoicings’ of loss, while for Augusta Webster writing poetry about regret entailed a wish to ‘sing time asleep’. I describe how in lyric, narrative, dramatic and elegiac forms, Victorian poets express regret through modes especially able to analyse motive in light of the ironies of retrospect. The project aims to give an account of how poetry’s thematic preoccupation with regret finds a formal embodiment in deliberations over time and rhythm, action or inaction, and the repetitive impulse to return.

I am a College Lecturer in English and a Fellow of St John's College. Before coming to Cambridge, I held posts at Oxford and Bristol.

My research and teaching interests focus on literature of the eighteenth and nineteenth centuries.

I am currently writing a book about the representation of reading within literary works (in Goethe, Godwin, Wordsworth and Keats, among others). In particular, I am interested in the depiction of sociable reading practices in Romantic-period texts, and in what the experience of reading alongside another person reveals about shared forms of understanding - and its limits.

My research extends to theories of literary education and attitudes towards the social role of reading, both historically and in the present. I am involved in prison education programmes and have convened a course in English which was taught in HMP Grendon. 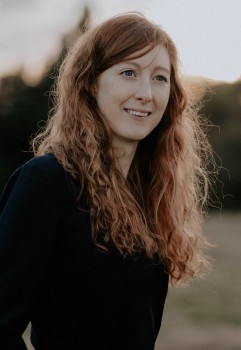