Beyond One Man and One Woman: A History of Early American Polygamy

This book, provisionally entitled Beyond One Man and One Woman: A History of Early American Polygamy, examines ideas and practices of marriage in early North America (1597-1852), to argue that polygamy, a “radically conservative” choice, has long defined the boundaries of exclusion in American history. It attends to the confrontations between different ideals of households, occasioned by Atlantic, Mediterranean, and Pacific contacts in the early modern period. The study of polygamy provides a novel perspective and a deeper understanding of concerns with which Americans (and others) continue to wrestle: who has the right to regulate and define marriage, and why. This book also deals with the legal, religious, and philosophical questions about the best ways of organizing households, and how different ideals of households have clashed in colonial settings. By investigating the political implications of seemingly personal marriage choices, the project also highlights the importance of gender, households, and sexuality in colonial settings. By arguing that it is impossible to comprehend the American situation without grasping much wider and more long-standing controversies, it places American debates in a global context.

Sarah Pearsall is a University Lecturer in the History of Early America and the Atlantic World, Faculty of History, and Fellow, Robinson College, Cambridge University where she has taught since 2012.  She is the author of the prize-winning Atlantic Families: Lives and Letters in the Later Eighteenth Century (Oxford University Press, 2008). She is currently working on a book on the history of polygamy in what is now the continental United States.   A chapter of this project has recently appeared as an article: “‘Having Many Wives’ in Two American Rebellions: The Politics of Households and the Radically Conservative” American Historical Review (October 2013). 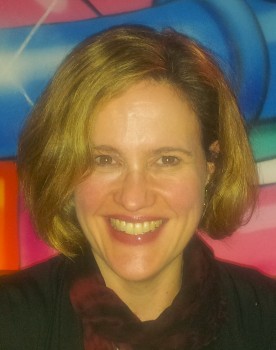