Dr Sarah Haggarty is a CRASSH Early Career Fellow, and Crausaz-Wordsworth Fellow 2016-17. She will be at CRASSH in Michaelmas Term 2016 and Lent Term 2017.

Religious writing, pre-modernity, and the temporality of action

My research at CRASSH attends to eighteenth-century, especially pre-Romantic, representations of the temporality of human religious experience, ranging from instances of the extraordinary, whether actions or no (conversion; attempted suicide), to practices apparently more mundane (habitual correspondence; preparation for death). These representations—by Edward Young, in my current work, and by William Cowper, John Newton, and William Blake, in my writing about time to date—take the form of long poems, conversion narratives, and letters, genres as temporising as they are temporised.

The aim of my research is to set questions local to particular texts and types of text in the context of larger questions about both history and time. More locally, why and how, for example, might the delay of a letter leave Cowper ‘mortified’? Why is conversion rendered so variously as, at once, duration, recurrent instant, and singular aporia in his and Newton’s evangelical narratives? And more broadly, how do different genres shape our understanding of time, and how are they shaped by them? Historically, what temporal experience and knowledge do these writers share with their contemporaries? What would it mean to characterise eighteenth-century or pre-Romantic time perception and reckoning as ‘pre-modern’ or ‘modern’, ‘religious’ or ‘secular’? And in terms of temporality, what kind of analysis—of action, of historical narrative, of particular texts—would it yield to keep in play not only subjective, but also social, and structural, senses of time? Finally, what are the limitations of a practice-based model of time? (Can it encompass discontinuity, or the extraordinary event? Are knowledge or cognition edged out? And what of the relationship of practice to history?)

In addressing such questions, my work brings into dialogue the philosophy, social anthropology, and literary and cultural study of both time and religion, bypassing the usual suspects (Anderson; Kermode) in favour of pursuing arguments to their roots (Weber; Durkheim; Kierkegaard; Hegel; Augustine; Isocrates; Homer). Whilst it will learn from certain, recent, literary studies of time and genre (Perovic; Zemka; Dimock; Thomas Allen; Christopher Miller), my work will also offer something new: first, in its selection of primary texts and period (Young in particular is neglected, and the fetishisation of modernity casts a long shadow), and second, in its theoretical and methodological orientation—my emphasis on a practice-based model of time (Bourdieu; Munn; Gell), a model I also seek to relate to philosophical writing about time’s quality (Bergson; Husserl; Heidegger).

Sarah Haggarty is a lecturer in the English Faculty, and a lecturer and fellow at Queens’ College, Cambridge. Her publications include Blake’s Gifts: Poetry and the Politics of Exchange (2010), Blake and Conflict (co-edited, 2009), William Blake: Songs of Innocence and of Experience (co-written, 2013), and William Blake in Context (forthcoming, 2017). 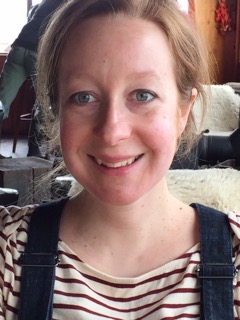