Dr Samuel Weiss Evans is a CRASSH Visiting Fellow and will be at the Centre until June 2019.

During Sam’s Fellowship, he will be completing his book manuscript on the governance of security concerns in science and technology. The project examines the context within which decisions are made to construct an area of science and technology as a matter of security concern, and the systems and strategies that are deployed to govern those concerns at the national and international level. The book has two main points. First, what something is, and whether it is a matter of security concern, are inextricably integrated with the context within which that thing exists.  Second, decisions about governing security concerns depend on how those making the decisions imagine the relationship between the security imperative and all the other drivers that influence society.

Sam Weiss Evans is a Research Assistant Professor in the Program on Science, Technology, and Society (STS) at Tufts University. His research builds on STS and Critical Security Studies scholarship to show the limitations of current ways of governing security concerns in science and technology. Conceptually, he is interested in ideas of anomalies, democratic oversight of science and security, and organizational change. His research is both theoretical and engagement-based, and he also integrates closely with scientific, industry, and governmental communities to enact changes in security governance. He is currently involved in several bioengineering efforts, including the international Genetically Engineered Machines (iGEM) competition, research groups considering the development of gene drives, and the US and global policy discussions on Dual Use Research of Concern (DURC). 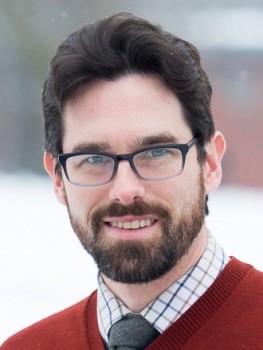