Samuel Perry is an ACLS Visiting Fellow at CRASSH for the Michaelmas term 2016.

While in Cambridge, he will be writing a new monograph about Japanese culture during the Korean War, called “From Across the Genkai Sea.” The project sheds light on how different communities experienced the Korean War affectively in Japan: members of the divided ethnic Korean community, the ideologically split Communist Party, women in “camp town” communities, as well as repatriated colonialists. By making works written by these marginal groups central to our understanding of "postwar" Japanese history, the book offers a fresh portrait of the newly democratized nation, when older narratives of class, gender and ethnicity were reconstituted to render the Korean conflict “someone else’s war” in Japan’s postwar imagination.

Samuel Perry is Associate Professor of East Asian Studies at Brown University, where his work brings together Japanese and Korean cultural history, literature and translation. Perry is author of Recasting Red Culture in Proletarian Japan: Childhood, Korea, and the Historical Avant-garde (University of Hawai’i Press, 2014). Awarded a National Endowment for the Arts Translation Fellowship in 2013 for his Five Faces of Japanese Feminism: Crimson and Other Works by Sata Ineko (University of Hawai’i Press, 2016), he is also translator of the Korean novel From Wŏnso Pond (The Feminist Press, 2009) by Kang Kyŏng-ae. He is now working on a historical monograph about Japanese culture during the Korean War, called “From Across the Genkai Sea” as well as an anthology of translated fiction called “The Melancholy of Queer Korea.” 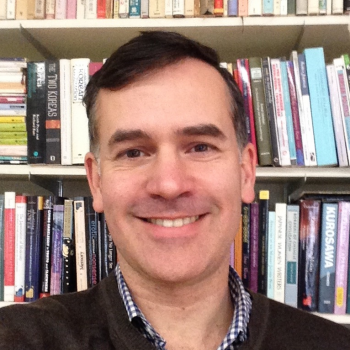