Dr Ross Wilson is the  CRASSH Crausaz Wordsworth Fellow 2015-16. He will be at CRASSH in Michaelmas Term 2015.

The Hidden Seed of their Survival: The Lives of Art in Benjamin and Adorno

In his essay of 1921, ‘The Task of the Translator’, Walter Benjamin makes the following, startling, assertion: ‘The idea of life and afterlife in works of art should be regarded with an entirely unmetaphorical objectivity.’ Despite Benjamin’s insistence that the life and afterlife of artworks should be seen as a matter of fact [Sachlichkeit], how we are to take this insistence remains obscure, not least because Benjamin goes on to detail the meanings ascribable to the term ‘life’, not that he accepts, but that he rejects. Artworks have none of the usual signs of life: they do not breathe, digest, or excrete; they have no pulse; they have (as far as we can tell) no feelings of their own. They are, we must finally admit, artfully arranged conglomerations of dead materials – unless, that is, we either wish to cling to the vestiges of pre-Enlightenment animism, or if we regard the idea that artworks are alive, contra Benjamin’s explicit avowal, entirely metaphorically.

The sense that artworks are living is remarkably tenacious in the European tradition of philosophical aesthetics from Kant to Adorno, despite (or, indeed, because of) the radical revision of our concept of ‘life’ that it would entail. By focusing on its repeated articulation in the work of Benjamin and Adorno, this project seeks to examine whether the claim that works of art are living is a defensible and coherent statement concerning artworks. Three central lines of enquiry emerge from Benjamin’s insistence on the life of artworks as stated in ‘The Task of the Translator’, which have considerable significance for reflection on the ontology of works of art, the mode or voice in which statements about art are made, and the relation of literature in particular to the putative life of art. First, Benjamin’s catalogue, following the statement quoted above, of what ‘life’ does not mean when it is ascribed to artworks anticipates Adorno’s insistence on art’s unlikeness to the world. ‘Works of art acquire life only when they renounce their likeness to the human’ (Adorno, ‘Valéry’s Deviations’); ‘Artworks are alive in that they speak in a fashion denied to natural objects and the subjects who made them’ (Adorno, Aesthetic Theory): in speaking of the ‘life’ of art, both Benjamin and, still more emphatically, Adorno speak of that which in art is radically irreducible to nature, human or otherwise, and, certainly, to lifelike verisimilitude. Why should this feature of art be imagined as its ‘life’? Second, by stating that the ascription of life to artworks should be taken with ‘unmetaphorical objectivity’, Benjamin does not say that this ascription should be taken literally. How, then, are we to understand the space between literal and metaphorical statement that Benjamin thinks this view of art occupies? Is that space, in fact, the space that all statements about art in some way occupy? Third, both Benjamin’s and Adorno’s most substantial statements about the life of artworks come in the course of commentary on literary works. Why should that be so, not least since literature’s linguistic as opposed to sensuous medium would seem to make direct imitation, at least, of ‘life’ so difficult to accomplish?

The scope of this project is broadly interdisciplinary, involving work across different national literatures, Classics, and Anthropology; above all, it demands sustained consideration of key questions in philosophical aesthetics. I hope also, during my tenure of the Crausaz Wordsworth Fellowship, to advance connections between the Faculties of Philosophy and English, especially between philosophical aestheticians and historians and theorists of literary criticism.

Ross Wilson is Lecturer in Criticism in the Faculty of English and Fellow, Lecturer, and Director of Studies in English at Trinity College. Before taking up his post in the English Faculty, he was Lecturer in Literature at the University of East Anglia (2009-13 (Senior Lecturer, 2013)), Leverhulme Trust Early Career Fellow in the Faculty of English, Cambridge (2007-9), and Research Fellow at Emmanuel College (2004-7). He is the author of books on Percy Shelley and Theodor Adorno, as well as essays on Coleridge, Browning, John Clare, and topics in the history and theory of literary criticism. 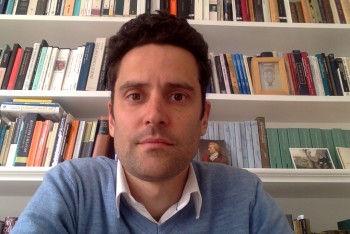