Working on the internet strand of the Project, I specialise in creating systems for automated retrieval, archiving, and visualisation of large datasets. This framework allows near real-time analysis of the spread of rumour and misinformation. I employ statistical methods to identify major patterns in big datasets, and use interactive visualisations to present complex evidence in an accessible manner.

My overarching goal is to trace how ideas - specifically conspiracy theories - spread on the internet. Together with Alfred and John, I have begun this analysis by investigating how structures imposed on commenting fora can impact information flow. In December 2013 the Huffington Post moved from allowing full anonymity to requiring registration through Facebook. Taking a large data set of comments to Huffington Post news articles either side of this change as our object of study, we find ask what types of text saw the largest decline in commenting activity, whether there is a link between anonymity and misoginy, and whether a move to greater identity disclosure leads to improved commenting behaviour.

Hugo and I have teamed up with the pollster YouGov to conduct a series of polls about conspiracy theories. Research from America suggests there may be a link between political exclusion and inclination to accept conspiracy theories. Uscinski and Parent (2014) argue that more inclusive political systems - specifically those adopting a proportional representation system - may see lower incidence of conspiracy theorising. We aim to test this proposition internationally, by polling in the UK, Sweden, Germany, Portugal, Spain, Poland, and Argentina. An initial survey in the UK suggests that partisan effects are minimal, and that aside demographic features complete social exclusion and a rejection of the political system tout court is the most important factor.

Finally, I brought to the Project a long-standing interest in Russia and Russian media. My research explores how historical imagery and allegories were variously mobilised in political language by pro-Kremlin and independent media outlets. Drawing on a large dataset of 1m newspaper articles, from both online and offline outlets, this work is the first attempt at using innovations in digital methods to tackle questions of contemporary Russian politics. I have continued this work by analysing in real time how conspiracy theories are discussed on social media, and how these media fit into the Russian media landscape. This work will culminate in a comparison of online mobilization during the 2011-12 and 2016 Russian elections.

'August 1991 and the Memory of Communism in Russia', in Hajek, Lohmeier, and Pentzold, Social Memory in a Mediated World: Remembering Troubled Times. Basingstoke: Palgrave Macmillan, 2015. Preprint. 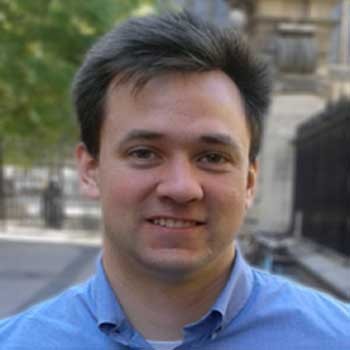