Professor Richard Sherwin is a CRASSH Visiting Fellow in Lent and Easter Terms 2018.

Law’s sovereignty points to a source of authority beyond the law itself. My current research focuses on the nature of this strange excess, and on the limits of representation. As one moves from early modern emblems of the King’s two bodies to post-Revolutionary symbols of the People’s two bodies, to digital simulations of world and subjectivity in the ‘Internet of Experience’, the question arises: where do we locate law’s surplus? In what narrative, visual, cognitive, and affective registers does it find expressive coherence in history?

Learning from patterns and distinctions in history constitutes an important dimension of this research. I will pursue this component during my stint in Cambridge as a collaborator and Visiting Scholar on the Law-Literature strand of the interdisciplinary project, Crossroads of Knowledge in Early Modern England: the Place of Literature, based in CRASSH and the Faculty of English. I will focus on Shakespeare and his contemporaries as a starting point for a case study of how legal thinking and process are conditioned by, and in turn inflect, social and imaginative constructions of cognition. Scenes of trials and judgment abound in this period’s drama. How do the evidentiary registers of the theatre correlate with the construction of proof in the courtroom? And what role does rhetoric play in mediating between the two? Such a cross-domain inquiry tests law’s claim to knowledge against the traditions of the humanities. How do law’s distinct disciplinary investments demand and constrain belief? What lies beyond law’s formal bounds challenging its representational capacities? Similar issues arise as law adapts to contemporary visual culture. For example, how do lawyers tap into the uncanny fullness of corporeal images, and to what extent does law reflect a digital visual spectacle that threatens to flatten out the visual meaning-making process? Here the dialectic of surplus and bounded meaning enters into dialogue with the ethics of representation. In a digital culture where closed, automated programs produce a broad range of evidentiary constructions inside the courtroom – from crime risk assessments at bail and sentencing hearings to simulated crime scenes at trial – the authority of representation calls out for adequate critical testing. By combining cross-disciplinary and cross-historical perspectives, I hope to forge a methodology that does justice to the complexity of our textual and visual experience of law’s aesthetics, epistemology, and the source of its authority.

The long durée trajectory of this research enables a probing of the implications of representational limits as an inscription of excess and absence. Might it be that out of the sometimes violent clash between law’s extant forms and the extra-legal, anti-structural sources that constitute law’s sovereign authority, new forms of experience and knowing emerge? Is this an example of how the sacred, or the sublime, may be refracted into history?

This investigation is driven by the felt need to revitalize the mission of the humanities in our time and, along the way, to deepen and historically inform our understanding of the longstanding entanglement of the ethical and the aesthetic.

Richard K. Sherwin is the Wallace Stevens Professor of Law and Director of the Visual Persuasion Project at New York Law School. His scholarly writings explore the rich and varied relationship between law and culture, focusing in particular on legal narrative, visual communication, the legitimation process, and the genealogy of law’s sovereignty. Recent books include: A Cultural History of Law in the Modern Age (with Danielle Celermajer) (Bloomsbury forthcoming); Visualizing Law in the Age of the Digital Baroque: Arabesques & Entanglements (Routledge 2011); and Law, Culture and Visual Studies (Springer 2014).

Professor Sherwin’s seminar on Visual Persuasion in the Law is the first in the United States to teach students about the role, efficacy, and pitfalls of using visual evidence and visual advocacy in contemporary legal practice. His Visual Persuasion Project website is the first and to date only website dedicated to showcasing ‘best practices’ in the visual litigation field. The Project seeks to promote visual literacy among lawyers, judges, law students, and the lay public by cultivating a better understanding of visual communication practices.

In 2013, Professor Sherwin was awarded the Fulbright Canada Visiting Research Chair in Law and Literature at McGill University under the auspices of McGill Law School and the Institute for the Public Life of Art and Ideas where he was in residence during the spring 2014 semester. He received a Humanities Research Centre Fellowship and served as Visiting Research Fellow at the Research School of Humanities and the Arts, College of Arts and Social Sciences at Australia National University in Canberra, Australia during the summer of 2014. He is a member of the Board of Trustees and International Consultative Board Member of the International Journal for the Semiotics of Law (Springer). Professor Sherwin has served as a frequent commentator on television, radio, and in print media, and was featured in director Jeremiah Zagar’s acclaimed documentary film “Captivated: The Trials of Pamela Smart” (HBO 2014). 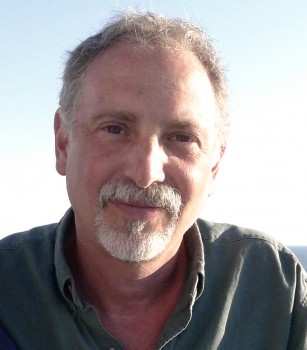