Marie-Élise Zovko is the CRASSH Conversions in the Early Modern Period Fellow during Lent 2016.

Spinoza and the Conversion of Early Modern Thought

Spinoza is one of those philosophers who “divides the spirits”, not just in the field of philosophy, but in fields “beyond philosophy”. His radical commitment to the power of reason and to human freedom, but also to the ubiquity of natural law, and hence to a paradoxical unity of mind and body, freedom and necessity, God and Nature, continue to inspire innovative approaches to questions from areas as diverse as archaeology and neuroscience, political theory and the role of the humanities today. Spinoza’s naturalism, his insistence on seeing mind and body, the physical and the intelligent, as two aspects or attributes of one all-encompassing reality or substance, appeals to philosophers and non-philosophers alike as an alternative to dualistic and spiritualistic theologies, rationalist psychologies and moralities. An authoritative interpretation of Spinoza’s thought has nonetheless yet to be achieved; nor have the ethical, political, intellectual and metaphysical issues raised by his unique stance been resolved. While today’s secular, democratic and pluralistic societies may no longer be moved by charges of pantheism and atheism levelled at Spinoza’s philosophy since its inception, the radicality of thought which gave rise to such accusations remains of vital importance, precisely because of its implications for formulation of a universal and liberal approach to questions of human value and action today. What is seen as Spinoza’s materialism, determinism, fatalism, meanwhile, still stokes debate, above all in view of more recent intellectual developments like positivism, scientism, evolutionism, biologism, and emergence theories of consciousness, which raise doubts regarding the efficacy of human freedom and the meaningfulness of moral reflection. In my research, I pursue the elusive definitive interpretation of Spinoza’s philosophy in light of its contribution to modernity. I do this by elucidating hitherto neglected aspects of Spinoza’s thought which underlie his tendency to fuel opposing standpoints. I ask how Spinoza’s particular brand of naturalistic psychology enabled a more generous approach to human character and failings than typically self-contradictory rationalistic and theistic moralities had hitherto permitted, and how his intellectualist stance at the same time contributed to renewed faith in the power of reason, both as motor for genuine human progress and for the solution of practical, political and moral dilemmas regarding the perfectibility and aim of human nature, issues which are of particular urgency in the face of loss of enlightenment and dehumanizing processes in contemporary society.

Marie-Élise Zovko is a Senior research fellow at the Institute of Philosophy, Zagreb, where she has directed a number of projects on the history and influence of Platonist and Neoplatonist philosophy from Ancient times to Modernity, with particular emphasis on the contribution of Platonism to understanding of the structures and functioning of intelligence. She completed her B.A. in Philosophy and Religion, with minors in English and German at James Madison University, VA; her M.A. in Philosophy and German Philolology with the thesis: Der Zeitbegriff bei Heidegger und Plotin, and her PhD in Philosophy, German Philology and Classical Greek Philology, with the dissertation: Natur und Gott: Das wirkungsgeschichtliche Verhältnis Schellings und Baaders, at Albert-Ludwigs-University, Freiburg i. Br. Her research interests include Plato and the Presocratics, Platonism/ Neoplatonism, German Mysticism, Spinoza, Kant, German Idealism and Romantic, Schelling, Franz v. Baader, metaphysics and theory of mind, and philosophizing with children, youth and adults (philosophizing in life contexts). Her recent work focuses on the interplay of imagination and higher-level perception in complex forms of thought, such as hypothetical and analogical reasoning, and their role in cultivation of aesthetic and moral judgment. Her present project, “Spinoza and the Conversion of Early Modern Thought”, focusses on Kant’s role in mediating the ideas of Spinoza and paving thereby the way for the characteristic controversies of modernity. She is preparing a book investigating the historical background of these relationships and the role of Platonism in the formulation of the philosophy of Spinoza. She is also preparing a commentary on Plotinus’ Ennead V 3, On the Knowing Hypostases and That Which is Beyond for the series: COMMENTARIES ON THE ENNEADS OF PLOTINUS, edited by John M. Dillon and Andrew Smith, and the proceedings, coedited with John Dillon, of the International Symposium Bildung and paideia. Philosophical Models of Education, held in Hvar in 2013. She co-directs the bilateral Austro-Croatian research project: Cultivation and Transformation of Judgment in the Encounter of Philosophy, Culture and Art, with Particular Reference to the Philosophy of Kant and Hegel, with Prof. Violetta Waibel, Institute of Philosophy / Faculty of Philosophy & Education, University of Vienna. She is founder and president of the Plato Society of Zagreb, and co-directs, with Renate Kroschel (Stohrenschule/Margarete-Ruckmich-Akademie, Freiburg) “Projekt Stohrenschule”, an international project on philosophizing with children, youth and adults, which has been awarded a number of grants for its work promoting community, compassion, tolerance and critical and innovative thinking in schools and local communities, including most recently a grant from the Croatian Ministry of Science, Education and Sport for its project “Humanity and Democracy: Philosophizing as Method of Educating Youth in Human Rights and Responsible Citizenship.” 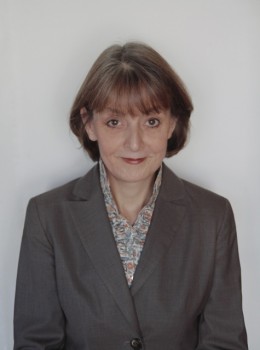