Professor Paul Friedland is an ACLS  visiting fellow and will be at the centre in Michaelmas Term 2018.

A World without Race: The Dream of a Universal Republic in the Revolutionary French Caribbean, 1794-1802

This project explores a revolution that swept through the Windward Islands of the Caribbean in the 1790s, spreading the ideal of a universal republic that would respect the rights of all. After defeating the British on several islands, the revolutionaries endeavored to create a world without race: the terms black and white were banned from official discourse and decrees were addressed to “Citizens, whatever color they may happen to be.” By the time the British managed to restore race-based slavery, 100,000 people had died. Until now, this revolution has been largely absent from the historical record, revealing the extent to which modern historiography, preoccupied with race, has had difficulty conceptualizing (or even seeing) the ideal of racelessness.

Paul Friedland is Professor of History at Cornell University. He is a political, cultural, and intellectual historian of France and the French Atlantic, specializing in the period of the French Revolution. His publications include: Political Actors: Representative Bodies and Theatricality in the Age of the French Revolution (Cornell, 2002) and Seeing Justice Done: The Age of Spectacular Capital Punishment in France (Oxford, 2012).

Friedland has been a Fellow at the Davis Center for Historical Studies at Princeton University and a Member of the School of Social Science at the Institute for Advanced Study in Princeton. He has received fellowships from the American Council of Learned Societies, the National Endowment for the Humanities and, most recently, the John Simon Guggenheim Memorial Foundation. 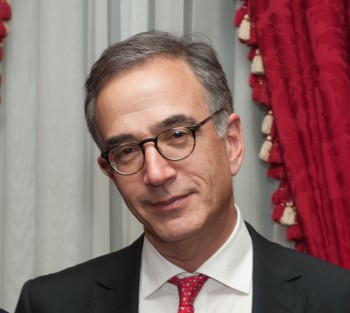