Olivia Elder is the CRASSH/British School at Rome Fellow for 2018-19. Olivia will be at CRASSH in Michaelmas Term 2018 and returning in July and August 2019, after spending Lent and Easter Terms in Rome.

At CRASSH and the British School at Rome, Olivia will start a new project that examines changing conceptions of ‘Roman’ identity through an analysis of the language in which it was described. There is a growing recognition of the ways that Romanness was reshaped after antiquity, and its continuing significance in politics, culture and society. Olivia’s project aims to understand how these later claims to ‘Roman’ identity relate to understandings of Romanness in the classical period, and to further the dialogue between ancient and later historical scholarship. Ancient historians have hitherto paid limited attention to the vocabulary used to describe Roman identity in its contemporary context, and have rarely considered evidence beyond the end of the Roman Empire.

Analysing the ancient vocabulary of Romanness circumvents problems that ancient historians have consistently faced in how to talk about ‘Roman’ identity. It forces a consideration of how modern applications of the description ‘Roman’ map onto an ancient conceptual framework. Olivia will focus in particular on instances of the term Romanus in literature, inscriptions and graffiti, but will also consider descriptions of Romanness in other ancient languages (for example the Greek term Romaios) to understand how Romanness was conceived differently by different groups. It is also important to pay attention to when the term ‘Roman’ is not used and what this might suggest about relevant categories of identity.

At CRASSH and the BSR, Olivia will examine material from Rome and Italy, with a focus on inscriptional evidence. An understanding of the vocabulary of Romanness at the centre of the Empire lays the groundwork for analysis of material from other regions.

Olivia will also use the time in Rome to complete an article on graffiti from the ancient city. Despite the recent flourishing of interest in ancient graffiti in general, there has been limited discussion of graffiti from Rome. Olivia will consider how the graffiti fits into Rome’s wider linguistic landscape (considered as part of her PhD) and use the evidence to answer questions about the space, culture and authorship of graffiti in the city.

Olivia is convening a workshop, Roman(us): Ancient and Modern Conceptions of Romanness, with co-convenor Myles Lavan (University of St Andrews) on Monday 16 and Tuesday 17 September. Click here for further information.

Olivia is an ancient historian with particular interests in bilingualism, epigraphy, Roman identity and epistolography. She completed her BA in Ancient and Modern History and MSt in Roman History at Corpus Christi College, Oxford before moving to Cambridge to pursue her PhD, where she held a Peterhouse Research Studentship. Her thesis (submitted July 2018), entitled Language and the politics of Roman identity, combines sociolinguistic and historical approaches and evidence to understand the relationship between language and Roman identity. It focuses on instances of bilingualism: Roman identity was defined through opposition and interaction, and it is at points of contact that these debates are cast into relief. It argues that language is simultaneously a model for identity that works across ancient and modern thought and a central part of this identity. Language frequently plays into other markers of Roman identity and a range of themes and concerns surrounding it including integration, migration and citizenship.

Olivia has also explored questions of bilingualism, identity and politics in relation to ancient letters. Her first book, co-authored with Alex Mullen, The language of Roman letters: bilingual epistolography from Cicero to Fronto, is forthcoming with Cambridge University Press. Olivia has also contributed a chapter on language and migration in the city of Rome to a forthcoming edited volume. 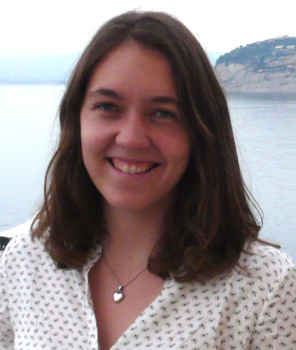