Dr Nicholas Zair is a ProFutura Scientia Fellow 2018-21. He will spend the first and third year of his Fellowship at CRASSH and 2019-2020 at the Swedish Collegium for Advanced Study in Uppsala.

Learning to Spell in the Roman Empire

Studies of spelling in Latin inscriptional evidence tend to focus on ‘mis-spellings’, as evidence for changes in pronunciation. But even texts which suggest a low level of literacy often contain old-fashioned and non-intuitive spellings, which must have been learned. These provide an almost entirely overlooked insight into the educational background of the sub-elite, about which little is known. An example is the metrical slogan, found on a wall-painting at Pompeii, quisquis ama(t) ualia(t), peria(t) qui no(n) sci(t) amare. bis tanti peria(t) quisquis amare uota(t) ‘whoever loves, may (s)he thrive; may (s)he perish who does not know how to love. Twice over may (s)he perish who forbids loving’. While this verse shows many deviations from standard spelling it also uses ‘uo‑’ for ‘ue‑’ in uota(t) for uetat, a spelling which was around two hundred years out of date and does not reflect current pronunciation.

My project will map this type of spelling across space, time, text genre and social context between the first and fifth century AD,  and compare the spelling rules actually used with those prescribed by Roman grammarians, whose strictures primarily aimed at the education of the children of the elite.

I am a Lecturer in Classics (Classical Linguistics and Comparative Philology) in the Faculty of Classics, and a Fellow of Peterhouse. Having taken degrees in Classics and Linguistics at Merton and Jesus Colleges, Oxford, I came to Cambridge in 2010 as a Research Fellow at Peterhouse, and subsequently a Research Associate on the Greek in Italy project.

My first book, on The Reflexes of the Proto-Indo-European Laryngeals in Celtic was published by Brill in 2012. My second, Oscan in the Greek Alphabet (CUP) came out in 2016, and examined how speakers of Oscan, a language related to Latin and spoken in southern Italy c. 400-50 BC, wrote their language when using the Greek alphabet. The evidence of Oscan inscriptions in the Greek alphabet had previously been underused, and the book provides new evidence for the sound system of Oscan and argues that the spelling rules were primarily decided on an individual basis by writers, rather than reflecting a centralised tradition, as was previously assumed.

My next project, undertaken with the support of a ProFutura Scientia Fellowship at CRASSH/SCAS, expands my interests in historical phonology, writing systems and sociolinguistics into the realm of Latin orthography and sub-elite literacy and education. 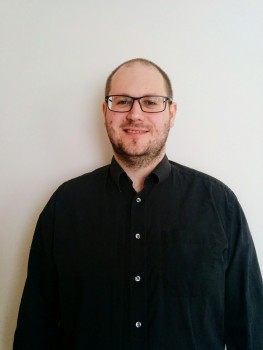