Nicholas Guyatt is a CRASSH Early Career Fellow in Lent Term 2017.
Understanding Empire in the Nineteenth Century
At CRASSH I’ll be starting a new project on how Americans came to understand empire in the nineteenth century. Historians and political scientists have often noted a basic irony: that the United States, which can be plausibly described as the first postcolonial nation, eventually acquired the methods and ambitions of a major imperial power. We’re familiar with a story of American imperium that takes root in the late nineteenth and twentieth centuries, focusing on the acquisitions that followed the wars of 1898. We know rather less about the trajectory of American imperial thinking in the century that preceded the American advance into the Caribbean and the Pacific. This moment is particularly interesting to me because it features so many contrasting, even contradictory trends in state building and international affairs. For example, the process of consolidating the North American continent in the late eighteenth and nineteenth centuries brought the new U.S. government into close correspondence with the tools of empire: the projection of military power, the dispossession of indigenous people, and the incorporation of distant peripheries into an expanding political system. And yet U.S. politicians were adamant that the new American republic would not pursue territorial aggrandisement on the model of European empires: there would be no centres and peripheries in a polity in which, after the Northwest Ordinance of 1787, the most distant regions of the West were to be made politically equal with states like Massachusetts and Virginia.  In a similar vein, the United States pursued an increasingly assertive form of nationalism in the mid-nineteenth century, culminating in the pieties of the Young America movement and the bombast of ‘manifest destiny’; and yet many of the norms of the international order that was emerging at that moment in the Atlantic World were imperial rather than national.
I’m especially interested in how American observers understood Britain’s formative role in creating new political, legal and humanitarian systems under the rubric of empire; and I’m keen to figure out why, while the British made empire seem normative if not actually benevolent, American politicians and intellectuals were reluctant to embrace colonies, protectorates and other forms of imperial governance for the new United States. My hunch is that part of the answer may come from studying how Americans understood other people’s empires. By examining U.S. engagements with the Spanish, British, French and Ottoman empires in particular, I hope to determine when ‘empire’ shed its late eighteenth century meaning —  “the aggregate of many states, under one common head”, in Edmund Burke’s memorably dull formulation — and acquired the connotations of grandeur and notoriety that had become familiar by the late nineteenth century.

I work on the history of colonial America, the Atlantic World and the United States in the eighteenth and nineteenth centuries, with particular interests in religion, nationalism, race and empire. I did my BA and MPhil at Cambridge, and completed my PhD at Princeton. My first book, Providence and the Invention of the United States (Cambridge), explores the idea of America as a chosen nation from the founding of Virginia to the end of Reconstruction. My second, Bind Us Apart (Basic Books), examines the discomfiting relationship between ideas of racial equality and programmes for racial separation in the early American republic.  Having taught at Princeton, Simon Fraser University in Vancouver and the University of York, I joined the History Faculty at Cambridge in 2014. I have been a faculty fellow at the Stanford Humanities Center (2009-10), a British Academy Mid-Career Fellow (2013-14), and the Senior Visiting Research Fellow at the Rothermere American Institute in the University of Oxford (2013-14). I've written about American history for the Nation magazine, the Times Literary Supplement, the Guardian and the London Review of Books.  After nearly twenty years away from Cambridge, it’s very nice indeed to be back. 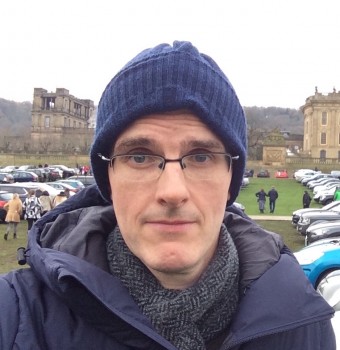