Nicholas Evans is an anthropologist who writes about South Asia. His previous work examined the Ahmadiyya Muslim Community, followers of a nineteenth century Messiah who see themselves as the one true Muslim sect, but face much persecution for their beliefs. As part of his work at CRASSH, he is currently developing a new project on Commissions of Inquiry in pre- and post-independence India.

Nicholas received his PhD in social anthropology from Cambridge in 2014. He left the Visual Plague project in 2017 to become a Fellow in the Department of Anthropology at the LSE. This profile has been archived.

‘Heresy and hatred: what a murder in Glasgow might tell us about religious doubt in a Punjabi town’ Cambridge University Social Anthropology Society.

‘Far from the Caliph’s gaze: being Ahmadi Muslim in the holy city of Qadian’ Centre For South Asian Studies Seminar, University of Cambridge.

Ethics and responsibility for India’s Ahmadi Muslims’ Senior Research Seminar delivered at the Division of Social Anthropology, University of Cambridge

‘The Caliph who cannot be wrong: How an infallible hierarchy demands loose accountability’ at the conference Hierarchy, Egalitarianism & Responsibility, University of Cambridge.

‘The Commission of Inquiry in Colonial India: anxious certainties and the functionalization of doubt’ at the workshop Infrastructures of Certainty and Doubt, Copenhagen.

‘The infected human and the infecting rat: understanding the visualisation of bodies across species during plague in colonial India’ at the conference Corpses Burials and Infections,  CRASSH, University of Cambridge.

‘Relationality and disease transmission’ in the panel Medical evidence beyond epistemology, at the ASA 2015, Exeter University.

(with L. Engelmann & B. Poleykett) 'A Digital Bilderatlas of Plague' at the conference The Total Archive: Dreams of Universal Knowledge from the Encyclopaedia to Big Data, CRASSH, University of Cambridge.

‘Building out the rat: ecology, race and infrastructure’ at the Anthropology and Zoonoses Conference, Collège de France.

‘Plague unbound in Bombay’ at the conference Plague and the City: Disease, Epidemic Control and the Urban Environment, CRASSH, Cambridge.

‘Nizam-e-Nau: a utopian vision of Islam as a system’ at the South Asian Anthropologists Group Conference, Brunel University.

‘The Mubahala: Competing for an Ethical Tradition’ at the conference Speaking Ethically Across Borders: Interdisciplinary Approaches, CRASSH, University of Cambridge.

‘Striving to be an intermediary: ethical negotiations of agency and responsibility’ at the 2013 American Anthropological Association Annual Meeting, Chicago IL.

‘Islamic disputation and the creation of a pious sociality’ at Society for the Anthropology of Religion Biennial Meeting, Pasadena CA. 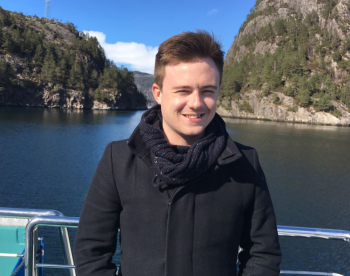