Dr Melissa Calaresu is a CRASSH Mellon Teaching Fellow 2015-16. Together with Dr John Robb she will be running a series of seminars in Michaelmas Term 2015.

There has been growing interest in material culture across many disciplines over the last decade. Out of this ‘material turn’ has emerged new and innovative perspectives on the study of things, people and the relations between them. This work, however, exists in parallel disciplinary universes with little cross-over. Archaeology and art history have been directly concerned with material culture from their origins. Archaeology and anthropology possess an extensive theoretical arsenal through which to explore and discuss the meaning of things, ranging from symbolic approaches to phenomenology and ANT. Art history has an impressive mastery of techniques of close reading of objects, but often works within unstated parameters of recent Western history. For their part, historians and literary scholars have been inspired by the theoretical work of contemporary social anthropologists such as Tim Ingold and Daniel Miller. However, while they have amassed an impressive number of case studies, their reliance on theoretical work is sometimes under-elaborated. Critically, different disciplines not only rely upon different concepts; they also constitute the problem through strikingly different background assumptions about how people and things interact, assumptions about what the goals and research questions are, and strategies for actually analysing things.

This seminar proposes to bridge and explore these disciplinary divides by bringing together an archaeologist and a historian who have both been actively involved in the growing community of material culture studies in Cambridge.It will explore this disciplinary variety by combining close readings of theoretical works on material culture and materiality with discussions of specific case-studies. The first three classes will present a grounding of basic ideas and approaches. Moving on from this, four sessions will examine how these are used to interpret specific materials and issues which are analysed in several fields in different ways – fashion, taste, food, buildings, memory technologies, and other themes. Seminar  participants will then have a chance to discuss a number of concrete cases with invited guest speakers from different fields. A final session broaches the related questions of how material culture achieves a cumulative systematicity, and what the historical and political consequences of this are.

Dr Melissa Calaresu is a Lecturer in History with the University of Cambridge. She is  a cultural historian who originally trained as a historian of political thought in Cambridge. Her work moves between her current interest in material culture and, most broadly, the history of ideas in early modern Europe. She is writing a cultural history of the Neapolitan enlightenment for which she recently received a Newton Trust award for 2015-16 in order to complete it. This book project has grown out of her doctoral dissertation on Francesco Mario Pagano and the political culture of late eighteenth-century Naples, combined with newer interests on the material interests of the European reform movement.  Her recent work includes the history of ice and ice-cream in eighteenth-century Italy which explores some of the recent paradigms of enlightenment historiography. This, in turn, has led to research on food-sellers in history and she is  currently completing a volume chapter on Ambrogio Brambilla and the representation of food-selling in early modern Rome.  Her more general research interests range from the uses and representation of urban space in the early modern period, the history of street food, eighteenth-century antiquarianism, collecting and historical writing in Italy and Spain, and travel and the Grand Tour in Europe through texts and images in the eighteenth and nineteenth centuries. 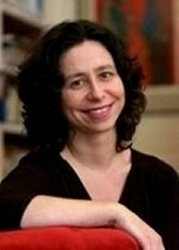