Professor Kyoo Lee is a Visiting Fellow and will be at CRASSH in Lent and Easter Terms 2020.

A Little Less Than Kin & More Than Kind?
Homo Cohabitus in the Age of Xenoracism

How and when does “people” become the or a? Who or what is (y)our “(un)natural” kin vis-à-vis strangers in the age of bordered ruptures, walled dissonances and biometric controls?

Focusing on xenon, the naturalized shadow of genus and the reflexive dimension of racialized xenophobia or mania, particularly the two-tiered operation of “reflex & reflexivity” on both individual and collective levels as a pre-reflective psycho-somatic defense mechanism of (a)voiding the threatening other, this project advances a phenomenologically-inflected and philosophically integrated critical account of “xenoracism,” a new biopolitical intercategory where xenophobia and racism overlap and interact bleedingly: how the alien(ized) other, the outsider auto([mathe]matically)-marked through shifting boundaries of oneness, becomes part of a mélange of “natural-native-national” threats and “generic-generative-generalized” allergens, a dual source of collective fear reactions (phobia) or fantasy formations (mania). My multi-perspectival and disciplinary attention to the reflexive xenoracism of territorial instincts, survival strategies and economic tribalism among the socialized ones of “us” will be further focalized through a concept I am developing here, Homo Cohabitus, a critical expansion of Pierre Bourdieu’s Homo Habitus, and while exploring this more broadly networked figure of the irreducible partner or neighbor, one with whom to live, I will keep asking, quite simply, (1) when and where our xenoracism reveals itself to be part and parcel of the self-reinforcing grammar of modern political (un)consciousness, the ideological trinity of blood-and-soil naturalism-nativism-nationalism, and (2) why and how we should remain vigilant to its ubiquitous operations in this age of “post-ethnoracial-national” global democracy and climate crisis.

Q aka Kyoo Lee, a Professor of Philosophy and Gender Studies at the City University of New York, the author of Reading Descartes Otherwise: Blind, Mad, Dreamy, and Bad (Fordham UP) and Writing Entanglish: Come in Englysshing with Gertrude Stein, Zhuangzi…(Belladonna*), a recipient of faculty fellowships from KIAS, the Mellon Foundation, the NEH, among others, is a  philopoetic writer and traveling dweller who works widely in the interwoven fields of the Arts and Humanities. Currently, she is visiting Yanbian University as YBU Distinguished Professor as well, where she is contributing and further cultivating her expertise in border studies. 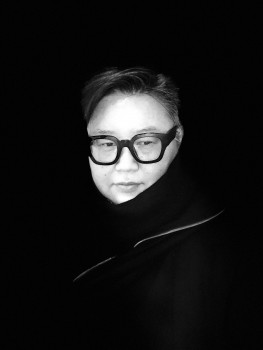