My research project, CALLIOPE, addresses the issue of ‘voice’ in 19thcentury politics, and particularly in the French and British Empire. It focuses, in other words, on the role sound has played in making and breaking political careers, in the process of decision making in politics, and in the exchange of knowledge and information between the colony and the metropole. This is a period of important changes (including the rise of the printed press), but also one in which ‘live speech’ was very central to political practice. As voices could not yet be amplified, nor acoustically recorded, debates, election speeches, statements of monarchs etc were always unique events, which resulted in a vast number of transcriptions, descriptions and critiques: not only politicians cared about the ‘sound’ of a political debate. Reporters as well as their readers payed close attention to them as well. My research seeks to develop new methodological approaches to include the ‘acoustic’ aspects of speech in our understandings of these documents, thereby also creating more space for non-normative political voices of the nineteenth century in the historical record.

During my time at CRASSH, I will be focusing particularly on the vocal education of British elites in the nineteenth century, and the constant tension and exchange with colonial modes of speech, such as those represented by the first South Asian students at the university, or in the long history of debating practice in Kolkata.

Josephine Hoegaerts is Associate Professor of European Studies at the University of Helsinki. Her research focuses on the history of the human voice, cultural practices and politics of vocalization, and the different discourses and meanings attached to speech and song. She leads the project ‘CALLIOPE: Vocal Articulations of Identity and Empire’ on the sounding practices of oratory and political transfer in the British and French Empires. Recently, she authored ‘Women’s Voices in Educational Manuals. The Gendered Sounds of Speech Therapy, Song and Education in Europe, c.1830–1900’, Women’s History Review (2019);  ‘Learning English at the Expense of the Union? The (colonized) voice as a vehicle of knowledge and political transfer, Ennen ja Nyt: historian tietosanomat (2020) and «Acquiring a ‘manly’ tone». Audible Intersections of Masculinity and Age in the Long Nineteenth Century, Genesis: Rivista della Società Italiana delle Storiche (forthcoming). She has co-edited several journal issues on sound, music and silence, e.g. Sound and Modernity (IJHCS, 2019, with Kaarina Kilpiö) and Educational Soundscapes (Paedagogica Historica, 2017, with Pieter Verstraete). She blogs about her research at singinginthearchives.wordpress.com. 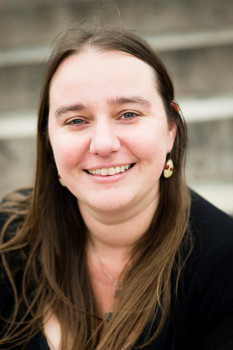